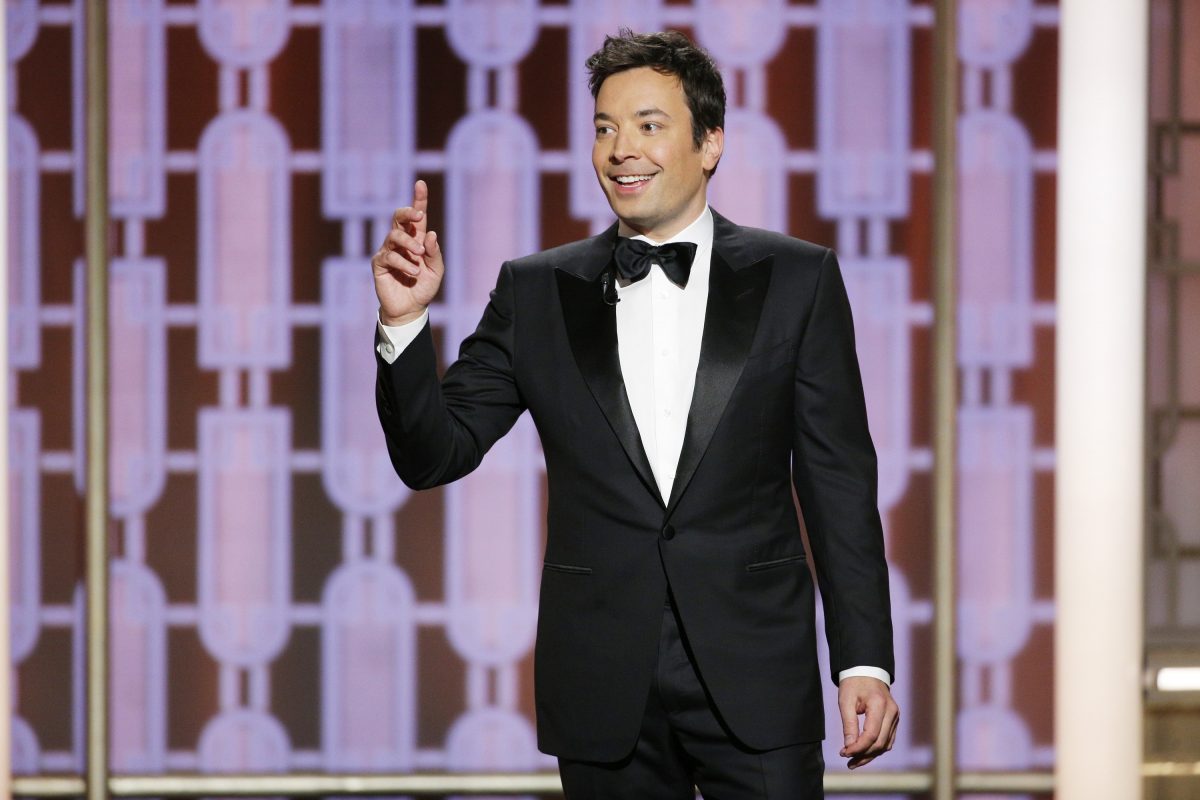 The Tonight Show‘s Jimmy Fallon was a surprise commencement speaker yesterday at the Marjory Stoneman Douglas High School’s graduation. Fallon was a surprise guest who showed up to laud the courageous graduating class, whose bravery and commitment has sparked a massive cultural movement for gun control since the February school shooting that took the lives of 17 students and wounded 17 more. The families of the four seniors who lost their lives, Nicholas Dworet, Joaquin Oliver, Meadow Pollack and Carmen Schentrup, were presented with diplomas. The nearly 800 graduating seniors wore wearing white sashes that read “MSD Strong”.

After a somber remembrance of the lives that were lost, Jimmy Fallon took the stage to the surprise of the students, giving a heartfelt and funny graduation speech. Fallon told the students, “You should feel incredibly proud of yourselves. That doesn’t mean you should rest on your laurels. Or your yannys.”

Fallon continued, saying “On our show we write out thank-you notes every Friday for the most part. They’re funny, or at least they try to be. But today I want to say a real thank you. I want to thank you guys personally for showing us what it looks like to have integrity and courage and bravery in the face of terrible tragedy. Thank you for showing me and the whole world that there is hope.”

Fallon has praised the Parkland students’ efforts on The Tonight Show and marched alongside them at the March for Our Lives in Washington D.C. Fallon kept the speech light and funny, but took time to laud the students for their tremendous work to end gun violence. “Every bad experience can have something good come out of it,” he said. “You guys have already proved that. You took something horrific — instead of letting it stop you, you started a movement, not just here in Florida but around the whole world. The whole world has heard your voice and that was you making a choice. And that was you choosing hope over fear.”

Fallon has been trying to overcome a dip in ratings and public criticism ever since his overly soft treatment of Donald Trump in the 2016 election. As pop culture becomes increasingly politicized, Fallon has remained an unoffensive, middle of the road presence that many people take umbrage with. Still, I thought his presence at the graduation was pitch perfect. These students have been resilient and brave throughout a horrific event. They deserve to laugh and smile on their graduation day.

While the students have graduated, their fight against gun violence continues. Today they announced their next step in the March for Our Lives Movement: the Road to Change. The students will go on the #RoadToChange bus tour, a cross-country trek that will stop at over 75 different locations to register voters and support local gun control measures. Find out what you can do to support their efforts HERE.

Congratulations Marjory Stoneman Douglas Class of 2018! You are not just the future – you are the present. Keep changing the world. Keep making us proud. #MSDStrong #YouAreThePresent pic.twitter.com/czvZwezKSt