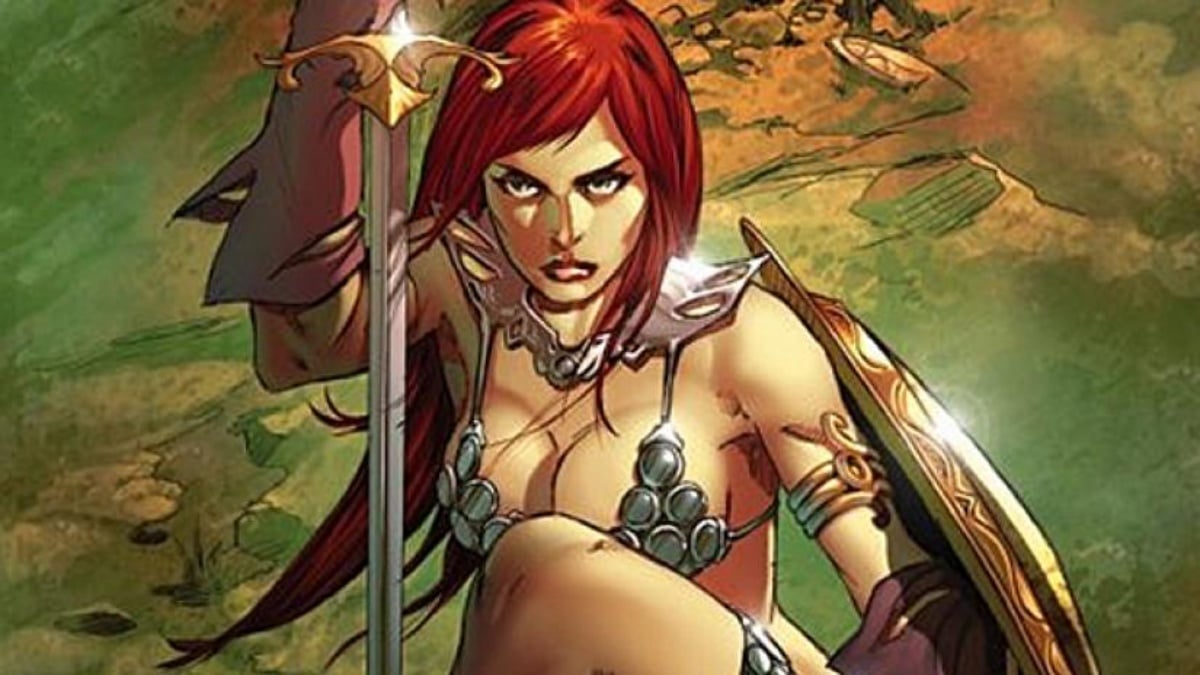 We knew that there was a Red Sonja movie in production, and that it was originally attached to semi-disgraced X-Men director Bryan Singer before he was fired from the project. Now, Transparent’s Jill Soloway will be writing and directing the comic adaptation, becoming the first non-binary director of such a huge comic book film project.

Soloway told Deadline: “I can’t wait to bring Red Sonja’s epic world to life. Exploring this powerful mythology and evolving what it means to be a heroine is an artistic dream come true.”

Red Sonja is a fictional sword and sorcery character, a spin-off of the popular Conan the Barbarian stories created by writer Roy Thomas and artist Barry Windsor-Smith for Marvel in 1973. There was a movie featuring the crimson-haired heroine back in 1985 with Rocky’s Brigitte Nielsen as the lead character. While definitely visually known for her red hair and chainmail bikini, Sonja is also a badass warrior woman who in the Dynamite versions of the comics is a sometimes Hyrkanian noblewoman/villager who survives a lot of personal trauma to become a protector of the meek.

It makes sense that in the post-Wonder Woman and Captain Marvel era there will be a renewed push to adapt some of the more well-known and loved female heroines. Millennium, which owns the film rights to Red Sonja, has been trying to revive her in film form for several years, with the last major attempt being a version with Robert Rodriguez directing Rose McGowan in the role.

I’ve been recently getting into Red Sonja comics, but she’s a character I’ve been long familiar with the character because … you know redheads in comics are hard to miss. I’m excited to see a non-binary director in the role, and I’m hoping that Soloway will take the Gail Simone route and axe the rape part of Sonja’s backstory to focus on more interesting fighting drama. I have never really be a fan of needing trauma to prove why a character is a badass. If you present the character to me as a badass I’ll just believe it guys, I promise you don’t have to show me her screaming at her first serious injury, Tomb Raider style.

Of course, I’ve already seen some dudes on the internet making comments like “if I can’t jerk off to Red Sonja, does she even exist” and sharing opinions about her chainmail bikini. Of course. I’m actually excited to see how a non-binary director decides to help design the costume. As I’ve said many times, there is a way to mix sexy costumes and thoughtful design together—all it takes is a desire to do so and I think Soloway has that desire.

More female-led comic book movies and queer people behind the scenes is a win for me.

[UPDATE] We were reminded of Soloway’s initial cold response to Trace Lysette when they said they were coming forward about Jeffrey Tambor’s alleged abusive behavior. It’s an important reminder that even marginalized people can perpetuate sexism and victim blaming, so we deeply hope Soloway has learned from those lessons and will work to craft a safe workspace for their cast.