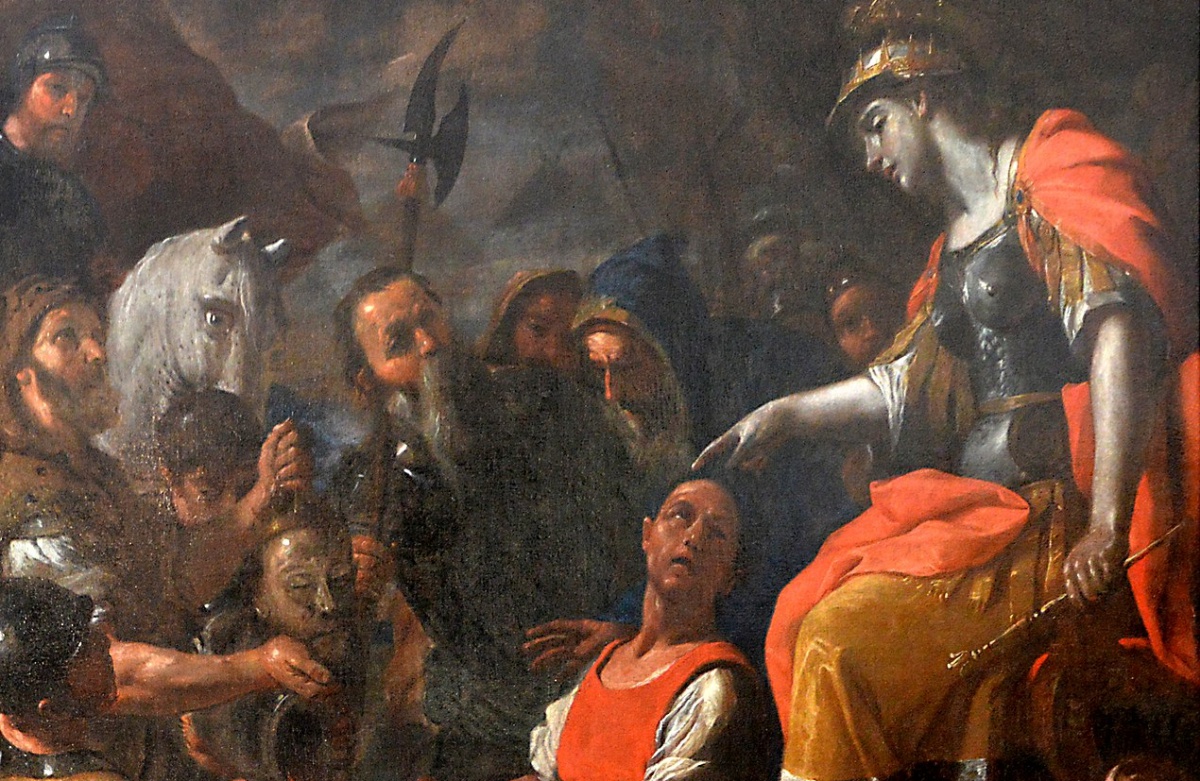 When I was doing research on the creative team for the recent Red Sonja comic that I spoke about yesterday, I came across an interview from writer Mark Russell with The Hollywood Reporter about one of the historical inspirations for the current run of the scarlet-haired decapitator:

We first need to introduce Cyrus the Great. Cyrus was the founder of the first Persian Empire also known as the Achaemenid Empire, and his reign lasted 30 years until he crossed paths with the wrong lady. A lot of what we know about this comes from Herodotus and while yes, he is a biased source, but then again all of the information from this time is messy so let’s just go with the fun, and if you have better sources please lay them on me so I don’t have to put all my trust in this old white man.

So good ol’ Cyrus had just finished another round of civilization by conquering the Babylonians and decided he wanted to bring the Massagetai* under his dominion. The Massagetae were said to be a great and warlike nation and were an ancient Eastern Iranian nomadic tribal confederation also known as Scythians.

At this time they were under the rule of  Queen Tomyris, who at the death of her husband, the late king, had ascended to the throne. Cyrus did at first attempt to gain control of the area by proposing marriage to Tomyris, but she told him off, and so he decided to take the territory by force. Typical.

Now Cyrus was initially successful in his attempt against the Massagetae and decided to lay a trap for them. The Scythians you see were not used to alcoholic beverages, and so the Persians “left behind” a camp with a huge amount of wine. The Scythians decided to get trashed, and since their main drink of choice back home was milk, they were not prepared for the immense crash that comes after drinking a lot of wine. The Persians then attacked them while they were wine-hung over, thus proving their immense cruelty, because I can’t imagine the pain those poor men were going through.

The Persians defeating the Massagetae forces, and captured Tomyris’ son, Spargapises, who the general of her army.  According to our historian Herodotus, Spargapises persuaded Cyrus into removing his bonds, which allowed him to commit suicide.

Tomyris was, of course, distraught to hear what had happened to her son, and pissed off that the Persians used such underhanded tactics instead of cold hard steel. She was said to have made the following vow:

“You bloodthirsty Cyrus, pride not yourself on this poor success: it was the grape-juice—which, when you drink it, makes you so mad, and as you swallow it down brings up to your lips such bold and wicked words—it was this poison by which you ensnared my child, and so overcame him, not in fair open fight. Now hear what I advise, and be sure I advise you for your good. Restore my son to me and get you from the land unharmed, triumphant over a third part of the host of the Massagetai. Refuse, and I swear by the sun, the sovereign lord of the Massagetai, bloodthirsty as you are, I will give you your fill of blood.”

Girl, now that is a call out.

Tomyris sent a message to Cyrus, calling him a shady piece of shit, and then collected all her forces and challenged him to a second battle. In this second battle, she and the Massagetae forces got the upper hand and roundly defeated Cyrus’ forces.

It is good ol’ Herodotus who gave Tomyris the credit for being the death and downfall of Cyrus. Cyrus was killed in battle and Tomyris had his corpse beheaded and then crucified. What happened to his head was relayed in the below scene that has been frequently depicted in art ever since:

“Search was made among the slain by order of the queen for the body of Cyrus, and when it was found she took a skin, and, filling it full of human blood, she dipped the head of Cyrus in the gore, saying, as she thus insulted the corpse, “I live and have conquered you in fight, and yet by you am I ruined, for you took my son with guile; but thus I make good my threat, and give you your fill of blood.” Of the many different accounts which are given of the death of Cyrus, this which I have followed appears to me most worthy of credit.” 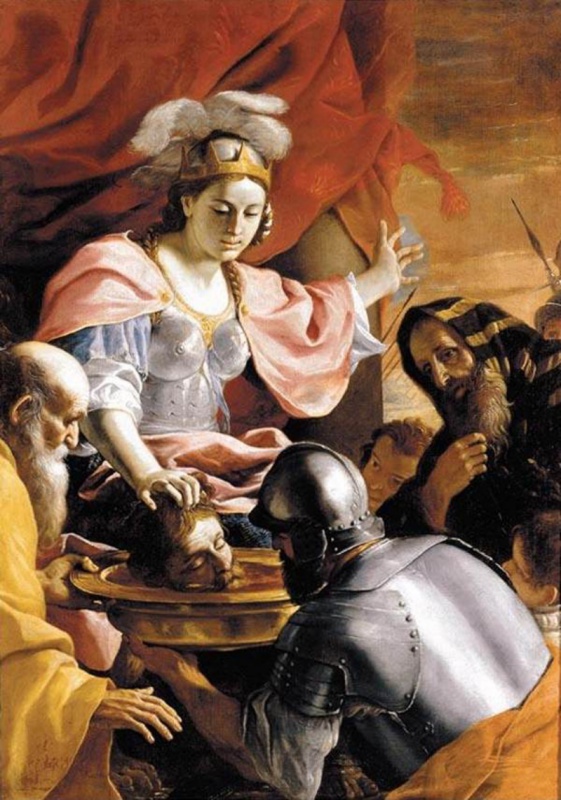 Mattia Preti, Tomyris Receiving the Head of Cyrus, 1670–72
“Said little bitch, you can’t fuck with me
If you wanted to
These expensive, these is red bottoms
These is bloody shoes”

Artemisia I of Caria would have been a great brunch date for Tomyris.

Needless to say, if this is going to be the inspiration for the upcoming run of Red Sonja, we are in for some badass head-slicing.