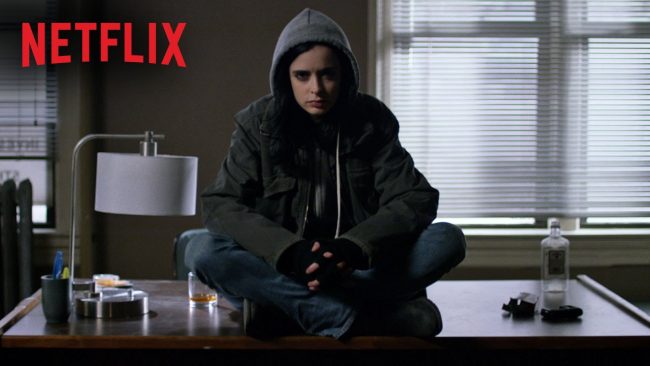 The second season of Marvel and Netflix’s Jessica Jones is still a ways off—potentially arriving in 2018—and that’s allowed the show’s writers a more relaxed approach to writing season 2. They’re making progress, though, and showrunner Melissa Rosenberg says the show’s head-on tackling of its protagonist’s traumatic experiences will continue in season two.

Season one had its ups and downs, but it, more than any other Marvel property thus far, really made itself about taking on real-world problems through a superhero story. In an interview with Esquire, which says that season two is already about halfway through the writing process, that will thankfully continue, rather than transitioning over into a more standard superhero story.

“[Jessica Jones] was kind of messed up even before Kilgrave came along, and so in Season Two we can explore what’s possible for her moving forward. […] People don’t just heal; you don’t go through that just to say, ‘Oh, he got arrested, he’s in jail, I’m OK now.’ That trauma is a huge part of who she is now.”

That’s exactly what we would’ve hoped for and expected based on season one, but it’s still encouraging to hear when storylines involving violence against women are so often used for shock value in movies and TV and tend to focus on how it affects the overall plot more than what it’s like for the survivor. Season two will also place Jessica and Trish’s friendship at the forefront (something I wish season one had even more of), and Rosenberg is involved with the Defenders team-up series enough to make sure it matches up with what they’re planning for Jones’ next solo outing.