Jessica Jones Does Not Handle Popularity Well in The Defenders 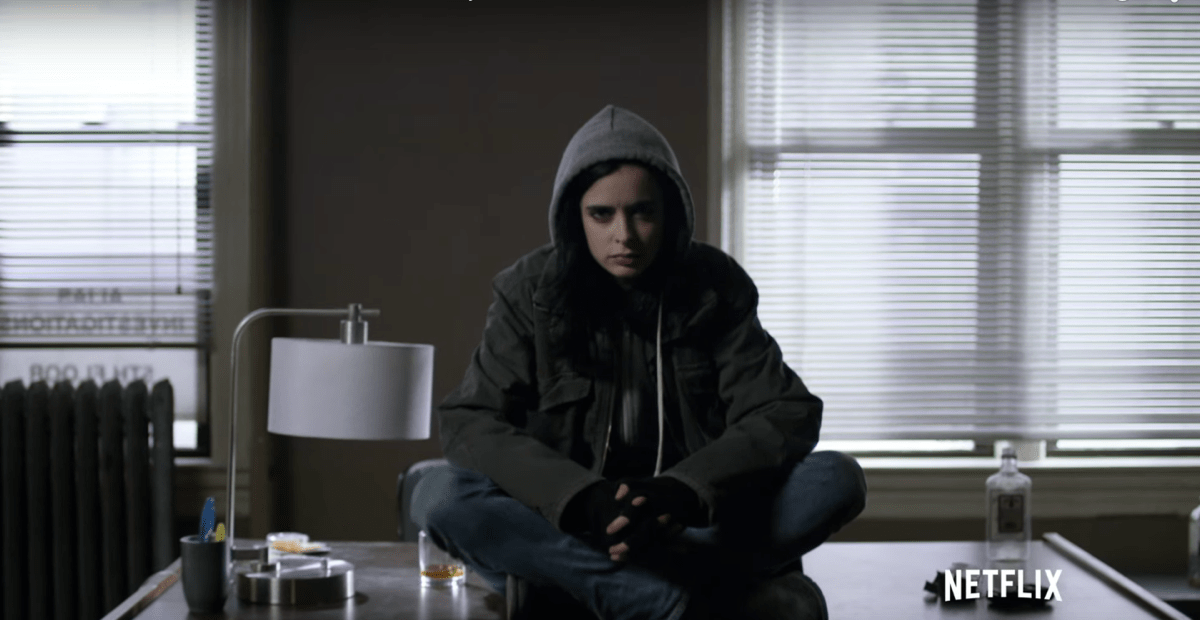 When The Defenders debuts on Netflix this summer, Jessica Jones will have to face some all-new adversaries: popularity and success.

“She’s still dealing with the aftermath of Kilgrave, and now she’s dealing with ‘success’ — and not well,” said Krysten Ritter, who plays Jessica on both Jessica Jones and the upcoming The Defenders. “People want her to work for them, she’s getting a lot of business, and she’s not ready for any of that. She hasn’t changed, but her environment has, and there’s no handbook for how to exist in a world where you are now popular.”

In her interview with Entertainment Weekly, Ritter also discussed Jessica’s doubts about working with a team. “Jessica Jones is very reluctant to exist in the world, let alone use her superpowers,” she said, “It’s hard for someone who doesn’t want to be a part of any social circles to have to participate in this group activity. So, she brings her attitude [and] her biting sense of humor.”

The first season of Jessica Jones handled trauma really well, and I hope that The Defenders continues that psychological realism and sensitivity as it turns its eye to Jessica’s anxieties. It’d be exciting to see a hero who learns to manage and cope with her anxieties, as well as lay waste to her enemies.

Ritter’s co-stars also spoke about their characters’ roles on the superhero team.

“Both Matt Murdock and Jessica Jones are quite opinionated and quite stubborn,” said Charlie Cox, who plays Matt Murdock/Daredevil. “I imagine that will be a kind of a fiery relationship, in a good way.”

“I think Luke Cage is the most centered of the group,” said Mike Colter of his character, “so hopefully when things have to happen, he thinks about it twice and he starts to use his wisdom. I think that’s what he brings to the group.”

Contrary to most fan speculation, Finn Jones seemed to think that Danny Rand/Iron Fist will be the real lynchpin of the group. “Danny Rand–he’s the one that knows, really, what’s going on. He knows how serious the situation is…He’s the one that kind of drives the group to get shit done.”

Even though The Defenders is the focus for now, Ritter said that she and Jessica Jones showrunner Melissa Rosenberg are already thinking about Jessica Jones Season 2. “I speak to Melissa all the time, we’re really close,” she said. “It’s early, so yeah, we’re working on it. It’s happening. Get excited.”

“I’m lucky,” continued Ritter. “I really just think Jessica’s the coolest shit ever.” So do we, Krysten. So do we.

(Via Entertainment Weekly, image via Netflix)