Just one more reason to be sad the series has ended. 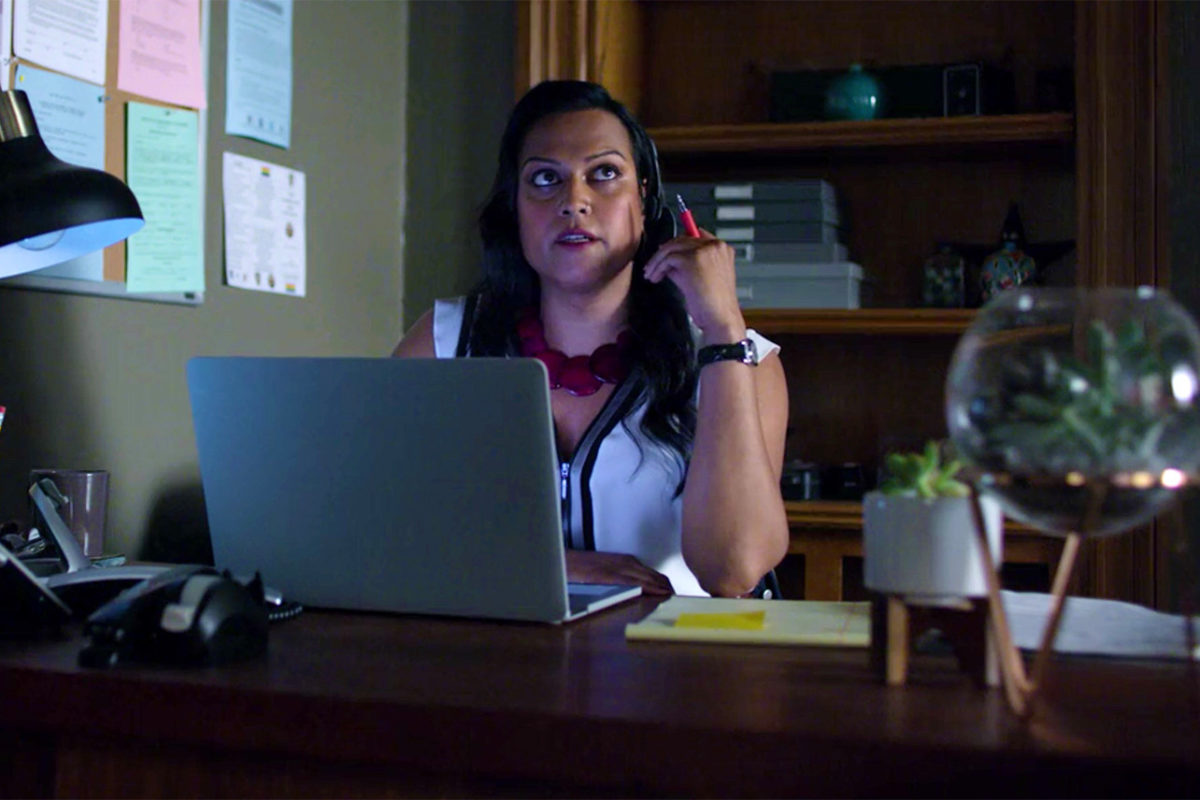 Jessica Jones has ended its run after three seasons, and with it the Marvel/Netflix partnership that gave us some of the most compelling content the studio has ever produced. But while that partnership had its highs and lows, Jessica Jones always stood out from the pack. Maybe it’s because it was the only series centered on a woman (and showrun by a woman, Melissa Rosenberg), or maybe it’s because the series handled heavy subject matter like PTSD and abuse with nuance and compassion.

There’s a lot to like about the unique series, but season three brought with it four LGBTQ characters whose queerness was seamlessly woven into the larger narrative. Jessica Jones has always featured queer content, thanks to Carrie-Anne Moss’s portrayal of the ruthless lawyer Jeri Hogarth. But this season expanded on its diversity, with the addition of Sarita Choudhury (Homeland), Aneesh Sheth (New Amsterdam), and returning actor John Ventimiglia (The Sopranos) as Detective Eddy Costa.

Audiences met Det. Costa last season, as a cop who was sympathetic to Jessica’s unorthodox crime-fighting methods. Throughout the series, Costa and Jessica help each other by sharing information commiserating over the limits of the law. But this season introduced us to Costa’s husband Russell, and delves into their journey to adopt a child. It’s a small storyline, but it helps elevate a tertiary character beyond the “beleaguered cop” cliche.

The queer representation in Jessica Jones is refreshing in that it doesn’t solely define its characters. Costa’s queerness isn’t the beginning and end of his character. The same can be said for Gillian, Jessica’s snarky new assistant. Gillian is a trans woman, played by trans actor and activist Aneesh Sheth, but the character’s gender is never explicitly referenced onscreen.

Sheth said of her character, “I’m transgender and the character of Gillian is also trans, but there is no mention of her being trans within the show nor kind of a narrative around her identity, which I think is wonderful because trans people exist in the world. It’s not always about their narrative. So I think it’s just really great to have her exist and see where that story can take us.”

She continued, saying “I’m very curious to see where we go. I think it’s important in terms of representation to have people out there recognize that you’ve got a South Asian trans person on television who’s kind of creating representation, but also how wonderful it is for that person to exist in a show without having to hit [everyone] over the head and avoid sensationalism.”

Gillian is the first trans character actor in the MCU, but she will soon be joined by out trans actor Zach Barack who joins the cast in Spider-Man: Far From Home (no word yet on what Barack’s role will be). Jessica Jones, which hasn’t always had the best track record with people of color, introduced another South Asian queer character in Kith Lyonne.

Kith, played by Sarita Choudhury, is Jeri Hogarth’s college love, who Jeri left for her future wife Wendy. Hogarth spends the season pursuing an affair with Kith, but like all her other romantic relationships, her selfish actions jeopardize Kith’s family and safety. Kith is another well-drawn character, whose bisexuality and polyamory are only facets of a larger, more complicated character.

Marvel prides themselves on diversity in their content, and made a big deal out of the nameless gay man who briefly appears in Avengers: Endgame. But that nugget of representation pales in comparison to the solid character work that Jessica Jones offers.

Here’s hoping that the LGBTQ+ future of Marvel follows more in the footsteps of Jessica Jones by giving us the nuanced, complex queer representation we crave.