More Jessica Jones and Daredevil Not Coming Until 2018, Agent Carter Not Coming at All

We still know your value. 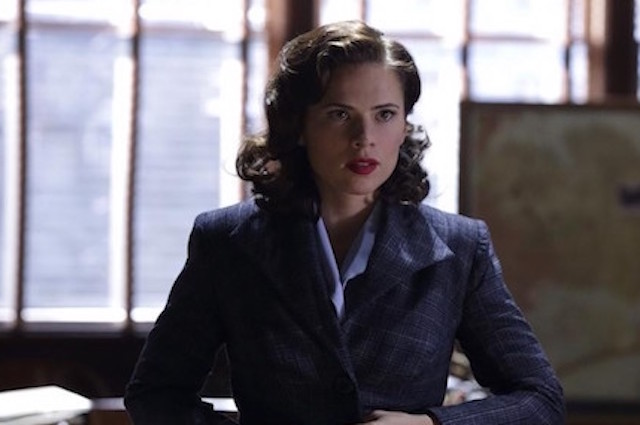 Daredevil was already confirmed for season 3 at San Diego Comic-Con last week, and we’ve known about Jessica Jones season 2 for a while, but what we didn’t know was when we’d finally get to watch them. Now, it’s been confirmed that both shows will return in 2018, which is painfully far away—but not quite as painful as confirmation that Netflix won’t save Agent Carter.

The reason we have to wait so long for more DD/JJ goodness, Netflix chief content officer Ted Sarandos told IGN, is that producing such high quality shows takes time, and we’ve already got other Marvel/Netflix collaborations coming up in the near future. Luke Cage is set to debut later this year, and next year already has Iron Fist and Defenders, the latter of which will feature both Daredevil and Jessica Jones (alongside Iron Fist, Luke Cage, and probably the Punisher), which complicates the scheduling and timing dilemmas.

Sarandos did mention that they’d be trying to produce the shows a little faster in the future so that there’s less time between them, but they won’t be adding Agent Carter to the team. In the end, Sarandos explained that legal issues surrounding distributing the show worldwide were the deciding factor, rather than a lack of desire to make it happen: “[Marvel has] some output deal complexities. So when you pick it up, being able to pick it up globally is difficult even after it’s canceled. Some of those output partners still had it on the air, so they would argue its covered by their output [deals]. Unfortunately, it was a business decision more than a creative one.”