Jessica Chastain Not Silent on Bryan Singer | The Mary Sue 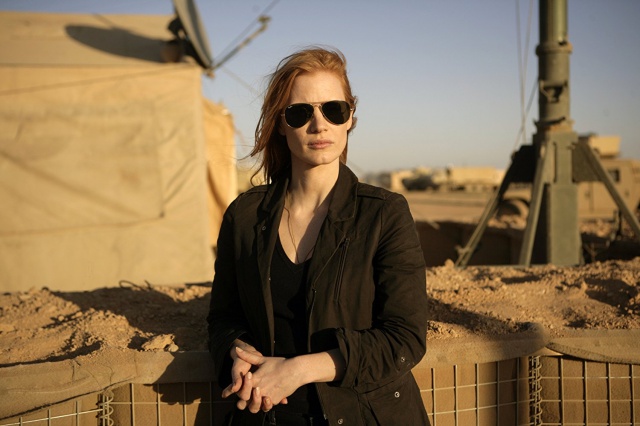 Jessica Chastain, has always tried her best to be on the liberal side of politics and open about her desire to make Hollywood a more female-friendly place. She recently re-entered the sexual harassment issue on Twitter by making a pointed comment about Bryan Singer, someone who has had a long history of rumors about his alleged sexual misconduct with young boys.

She posted on Twitter, “Let us not forget,” and linked to an article by Daily Wire discussing different claims and rumors against Singer about alleged rape and pedophilia.

Let us not forget https://t.co/0TNDxl8h1Q

Chastain is not the first person to bring up Singer in light of the current sexual harassment and assault news; actress Evan Rachel Wood previously brought up the connection: “Yeah lets not forget Brian [sic] Singer either,” but the tweet has been deleted.

However, Chastain’s comment drew extra attention because she’s attached to appear in the upcoming X-Men film directed by Simon Kinberg, X-Men: Dark Phoenix, which Singer is an executive producer on. Thankfully, Chastain doesn’t give a damn and made that very clear in a statement following the tweet.

“I actually chose to do X-Men because I’m working with Simon Kinberg, who’s also a first-time filmmaker who I met on The Martian, and is an incredible writer and producer. He wrote this script—which I can’t say much about, because it’s X-Men—and there are many powerful female roles in this story that Simon is telling. And all of my dealings were with Simon and Hutch [Parker, another producer], who were on set.”

“I do not feel beholden to anything. I’m going to speak my mind about any injustice that I see. I’m not afraid of anything in terms of that. And I think the greatest myth that an industry can create is to make people feel like they’re easily replaceable. I’m not going to allow that into my life.” (via, The Daily Beast)

Chastain is one the biggest stars in Hollywood and considered a talent that any director/producer would love to work with. Even if Singer decides to remove her from the project, Chastain will bounce back and will only make him look even sketchier. Not everyone is in that strong a position, which is why it’s so important for those who are to speak out. Singer’s history came to the forefront of public attention after Anthony Rapp revealed that Kevin Spacey tried to have sex with him when Rapp was 14-years-old.