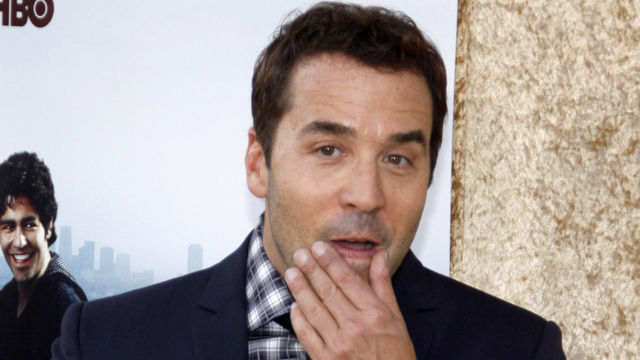 Jeremy Piven is among the many, many men who have recently been accused of sexual assault and harassment. Multiple women have come out with their experiences with Piven, including reality star Ariane Bellamar documentary filmmaker Amy Meador, Debra Messing, Smallville’s Cassidy Freeman, and advertising executive Tiffany Bacon Scourby.

Piven posted a statement to Twitter yesterday in which he denies all the accusations. He also offers to take a (notoriously unreliable) polygraph test. And that probably should have been the end of the statement.

Instead, Piven continued, writing, “We seem to be entering dark times — allegations are being printed as facts and lives are being put in jeopardy without a hearing, due process or evidence. I hope we can give people the benefit of a doubt before we rush to judgment.”

Jeremy Piven thinks that these are the dark times? Some of the allegations against him are twenty years old. For decades, men like Piven have had free reign to harass and assault women and intimidate them into silence. (You know, allegedly or whatever.) Those were the dark times. This here? This shining moment when women are coming forward and refusing to be treated as disposable sexual props scattered along men’s paths to power? This is the light.

Piven concluded his statement by writing, “Continuing to tear each other down and destroy careers based on mere allegations is not productive on any level. I hope we can use this moment to begin a constructive dialogue on these issues, which are real and need to be addressed.”

I don’t know, Piven. Look at the consequences these men are finally facing after decades of abuse. Look at Kevin Spacey, Ed Westwick, and Louis C.K. all having projects cancelled after being outed as sexual predators. This all seems pretty “productive” to me.