200,000 Jeopardy! Questions and Answers: One Place 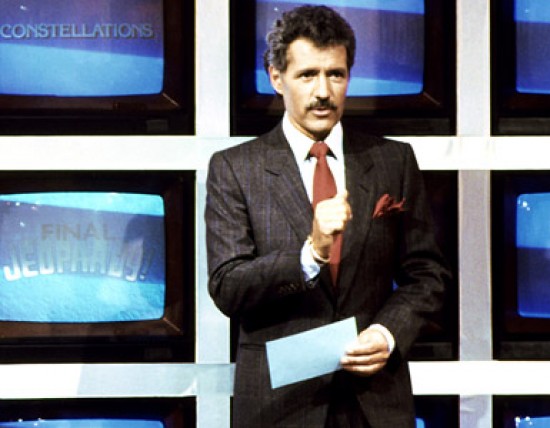 In what might be described as a shining achievement of fandom, a towering monument to obsession, or both, a team of Jeopardy! fans have compiled an archive of tens of thousands of and answer from Jeopardy!, show by show and season by season.

At 190,696 clues and counting, the J! Archive even records the names of each episode’s contestants and works out ‘batting averages’ for each: The site’s rotating front page features glowing testimonials from Jeopardy! champions like 2007 College Champion Cliff Galiher. “My biggest resource was the J! Archive… it taught me a lot about everything from common categories to wagering strategies for the Daily Doubles and Final Jeopardy!”

For the rest of us, it’s a fun way to zip through the clues and questions that comprise the fun of the show without having to deal with commercial breaks. From 1986’s Jeopardy! semifinals, game 3, in the “Fictional Boyfriends” category: “As Frau Blucher in “Young Frankenstein” she spoke the line, ‘Yes, yes he was my boyfriend'” (Cloris Leachman). From a 2003 game’s “Cute, Furry, and Deadly” category: “On ‘SNL’, ‘immigrant’ John Belushi learned to say, ‘I would like to feed your fingertips to” this Michigan “glutton.'”  Once you start to check it out, it’s hard not to get wrapped up in it all.