Jennifer Lawrence Is the Top Grossing Actor In Hollywood [Updated] 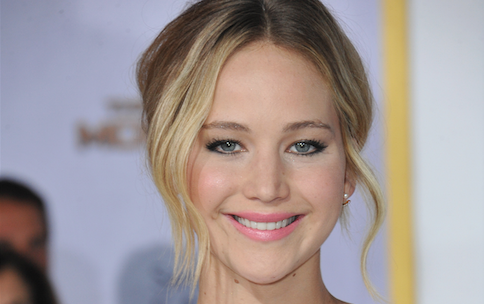 Looks like Sony pay disparities can’t keep this woman down: Jennifer Lawrence has topped Forbes‘s list of top grossing actors, raking in more money at the box office than any other actor out there*. There have been some definite bumpy spots for Lawrence in 2014, but she hasn’t relinquished her hold on international audiences since the moment she signed on to play Katniss.

Forbes‘ methodology was pretty simple: They just used Box Office Mojo and added up the global box office. Lawrence came in first because of the one-two punch of the past two Hunger Games movies (Catching Fire still bringing in dough in early 2014, Mockingjay dominating late 2014) and X-Men: Days Of Future Past. You can also see the latter’s prowess through the presence of James McAvoy and Michael Fassbender (numbers eight and nine on the list, respectively).

Yep, there’s no denying that Lawrence is still the biggest movie star around these days: She’s got the bases covered, from the box office to the persistent critical acclaim and frequent awards nominations.

For those curious: Chris Pratt came in second thanks to his break-out year (The Lego Movie, Guardians Of the Galaxy), and Scarlett Johansson came in third. Then there’s Mark Wahlberg (yep, because of Transformers), Chris Evans, Emma Stone, Angelina Jolie, McAvoy, Fassbender, and Hugh Jackman. Next year will probably reprise Evans on this list and add Robert Downey Jr (because Avengers), and Lawrence still has the last Hunger Games movie hitting in 2015. She’s not going anywhere.

Much less triumphantly, it should also really be noted that this list is entirely white. Get your shizz together, Hollywood, that’s ridiculous.

Oprah is disappointed in you, Hollywood.

*To clarify: This list doesn’t lay out how much the actors’ earnings reflect how much their raking in. But for context: 2014’s Forbes list of highest paid actors separated by gender and had Robert Downey Jr. in first place on the male list (with $75 million) and Sandra Bullock in first place on the female list (with $51 million.) Lawrence came in second on the female listwith $34 million. Seven male actors earned more than her according to the Forbes list (Dwayne “The Rock” Johnson, Bradley Cooper, Leonardo DiCaprio, Chris Hemsworth, Liam Neeson, Ben Affleck, and Christian Bale).