Just look how hype the Babadook is. 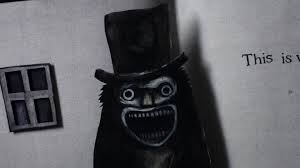 First-time director Jennifer Kent wowed us earlier this year with her feminist horror film The Babadook, and we’re super excited to hear that she’s set to helm a new (and totally different) project.

Deadline is reporting that Kent will be writing and directing Alice + Freda for Sidney Kimmel Entertainment. The film will be an adaptation of Alexis Coe’s non-fiction book Alice+ Freda Forever, which tells the true story of Alice Mitchell and Freda Ward, a young couple growing up in Tennessee in the 1890s.

Coe based her book on research that included more than 100 love letters, maps, artifacts, historical documents, newspaper articles and courtroom proceedings to tell the tragic, real-life love story of Alice Mitchell and Freda Ward. After their love letters were discovered, the women were forbidden to ever speak again. Ward adjusted to this with apparent ease, and that left Mitchell heartbroken. The result was fatal, jealous rage. Ward’s murder trial was one of the most sensational of its time.

Greg Berlanti and Sarah Schechter are set to produce the film alongside Sidney Kimmel Entertainment. According to Shechter:

Jennifer Kent was my first choice from the moment I read Coe’s exceptional book. Jennifer’s debut film was one of the most accomplished I have ever seen and I’m thrilled she shares the same passion for telling this powerful, intense and unfortunately still timely story.

SKE President of Production Carla Hacken told Deadline, “From the moment we saw The Babadook, working with Jennifer became not only a priority but a passion.”

If there’s anyone I trust to tell this story with passion and respect, it’s Kent, especially when she’s got a team of producers so firmly on her side. Are any of you familiar with Coe’s book? Are you excited that Alice and Freda’s story will be shared with a wider audience?