Jennifer Garner Says Something Else About Ben Affleck’s Batman Role 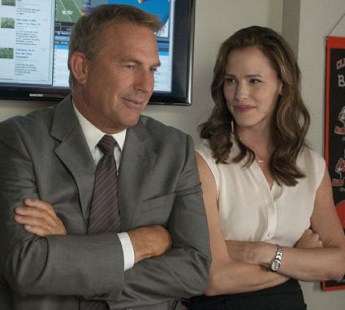 “Dude, I have gotten in some trouble for my little quotes and I am learning to whoop [zipped-lips motion]. I thought that I was saying things that were foregone conclusions. It turns out nothing is, and you will not be hearing from me on the Batman front.” – actress (and Ben Affleck’s wife) Jennifer Garner speaking with Collider.

Garner previously made headlines when she barely said anything about Affleck’s Man of Steel sequel costume. ”I’ve seen the suit,” she told Entertainment Tonight. “The suit is unbelievably cool. It’s a total reinvention. It looks great.”

I wish her the best of luck but I also kind of wish she slips and says something else down the road because I’m dying to know more. Garner will next be seen in Draft Day opposite Man of Steel’s Kevin Costner.