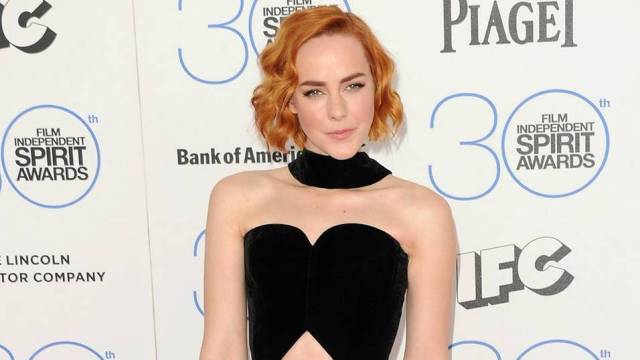 We’ve finally got confirmation of Jena Malone’s role in Batman v Superman — except we also already heard that her role has been completely cut from the theatrical release. Spoilers (?) to follow.

What role did she have? BARBARA GORDON. And somehow that didn’t make it into the movie. How dare — !!!

I’m not even exaggerating — I feel legitimately torn up about this news. Anyway, here’s how we got confirmation of the rumor: a survey sent out by a clueless Batman v Superman marketing team that must not have realized that Jena Malone’s role never got officially announced. Here’s a screenshot of the survey, via Reddit: 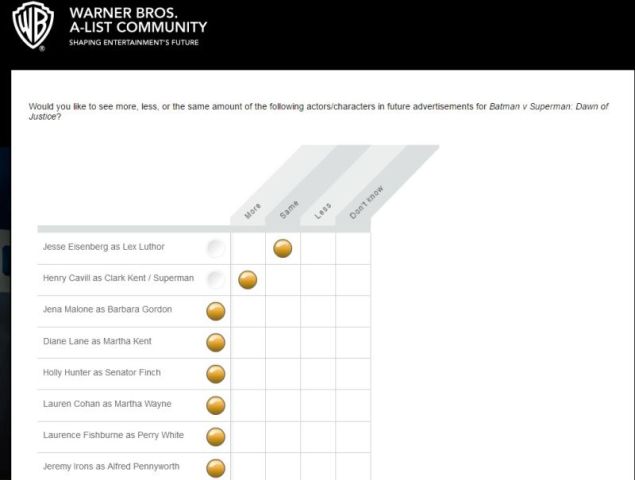 BvS director Zack Snyder already assured EW last week that Jena Malone’s role was “definitely not Robin or Batgirl.” But, of course, that doesn’t preclude her being a pre-Batgirl version of Barbara Gordon — or perhaps Oracle. We’ll never know, at least not until the extended cut of the movie comes out, assuming they even let her character be in that.

Even though Batman v Superman‘s final theatrical cut is 2 freakin’ hours and 31 friggin’ minutes long, they still couldn’t manage to fit Barbara Gordon in that runtime. That just doesn’t seem right to me. IT’S JUST NOT RIGHT.

(via io9, image via Toggle)