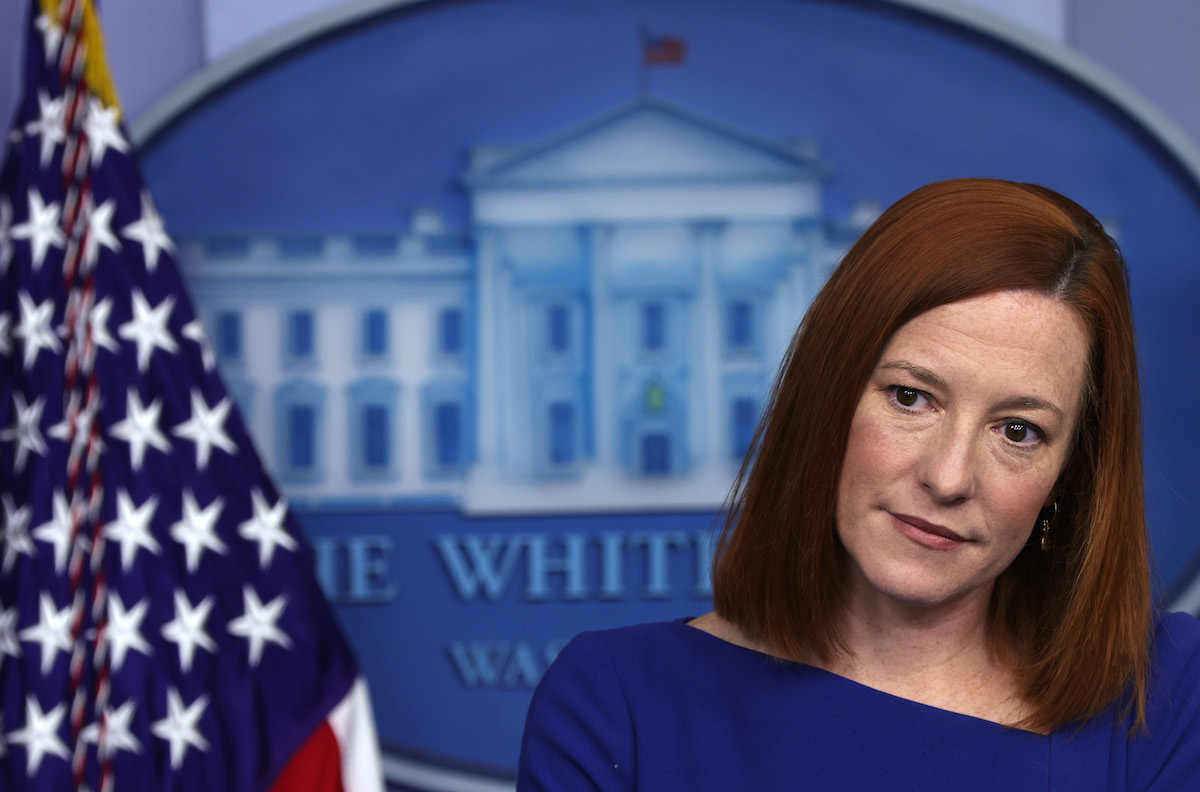 Now that Kayleigh McEnany has made the entirely predictable move to join the Fox News team as a paid contributor, there is the possibility that she and her successor Jen Psaki might come into contact.

During Tuesday’s White House press briefing, a reporter asked Psaki if she’d be willing to do that.

“Your predecessor, Kayleigh McEnany, has just signed on as a Fox News contributor. I’m wondering if you have any good wishes for her, advice, and if she does have a show, if you’d be willing to go on it,” the reporter asked.

While I get joy from imagining Psaki answering no on all fronts—no good wishes, no interview, bye, done!—she obviously didn’t do that, and instead gave the only reasonable answer: “Sure.”

“I’ve done Fox News Sunday twice now. I’m happy to go on a range of shows,” she said, which is an incredibly diplomatic way of not saying no but also not exactly saying yes to the idea of an interview conducted specifically by McEnany.

“I will say that I knew Kayleigh a little bit, not well. I met her when we were both CNN contributors and we did a few shows together,” Psaki continued. “Like many Americans, we disagree on political issues, but we talked about our families, our spouses, sports, all sorts of things in the green room, and I certainly wish her the best in her future endeavors.”

Part of me is morbidly curious to see what that hypothetical interview would look like. It would definitely be terrible and pointless for everyone involved. The White House Press Secretary’s job is to relay information to journalists. But Fox News has no interest in information or journalism. Their whole M.O. is repeating lies and denying reality until they’ve convinced their audience that the truth is a conspiracy. And McEnany represents that better than almost anyone, to a degree that reportedly scares even those working at Fox News.

The Daily Beast spoke to a “Fox News insider” who’s clearly not too happy with McEnany’s new role at the network, especially in the wake of massive layoffs.

“It’s truly disgusting they fired hard-working journalists who did care about facts and news reporting only to turn around and hire a mini-Goebbels whose incessant lies from the White House helped incite an insurrection on our democracy that got five people killed, including a police officer,” the insider told the outlet. “Post-Trump Fox is quickly becoming a very scary place and quite dangerous for our democracy. It’s not even conservative news anymore. They’ve plunged into an alternate reality where extremist propaganda is the only course on the menu.”

Psaki doesn’t need to deal with that and she also doesn’t need to be legitimizing that network by treating it like an actual news outlet. So sure, let’s just leave it at “best wishes” and be done with McEnany forever.