Where did they find these cows? In a dream? 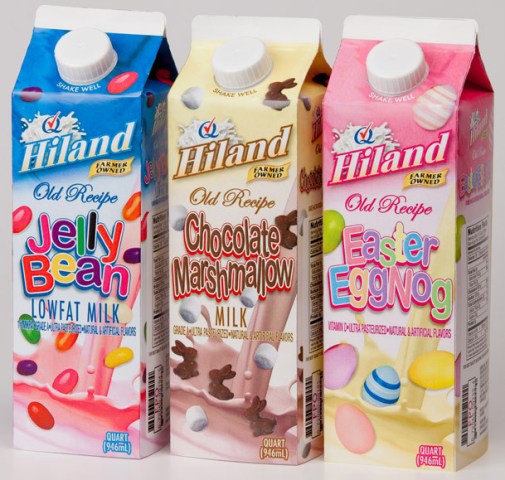 Easter is a confusing holiday, guys. As if religion and a bunny who hides chicken eggs aren’t complicated enough, apparently there’s also a veritable cornucopia of truly weird seasonal dairy drinks to guzzle in celebration. Most alarming? Jellybean Milk and Easter Nog.

Homer Simpson once memorably complained that the government prevented eggnog from being sold all year round, but au contraire, my rotund friend! Springtime varieties of the creamy acquired taste have been available in supermarkets for Easter since the ’90s. Dean Foods was the first to roll out a spring nog, Hiland makes a new “Old Recipe” version (pictured, colorfully, above) and Turkey Hill appears to just sell their Christmas Nog in the springtime. 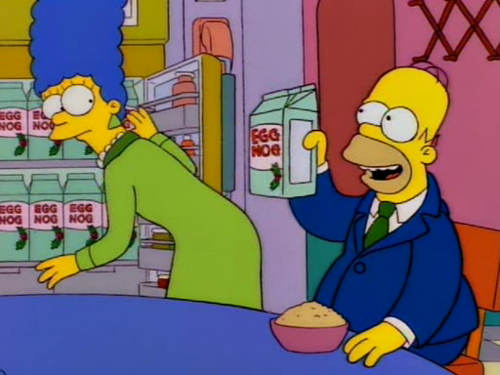 I personally think the Jelly Bean Milk offered by Hiland sounds like the most gag-inducing of all the weird Easter beverages apparently on the market, although considering the undisputed deliciousness of post-cereal milk, Hiland’s impulse is a little more understandable. Although hopefully no one reading this enjoys cereal with a sugar content equivalent to jelly beans.

If anyone has tried some of Hiland Dairy’s sorcery and wants to describe to me in detail how jellybeans manifest themselves in the milk’s taste, texture, and color, I would be forever in your debt.

In the meantime, I’m just hoping I don’t have a reason to write a “Peepnog” follow-up piece. We’ve reached peak nog, people. No more.

(The Consumerist via Jezebel, image via Extra Medium)