Put Jeff Goldblum in The Mandalorian, You Cowards 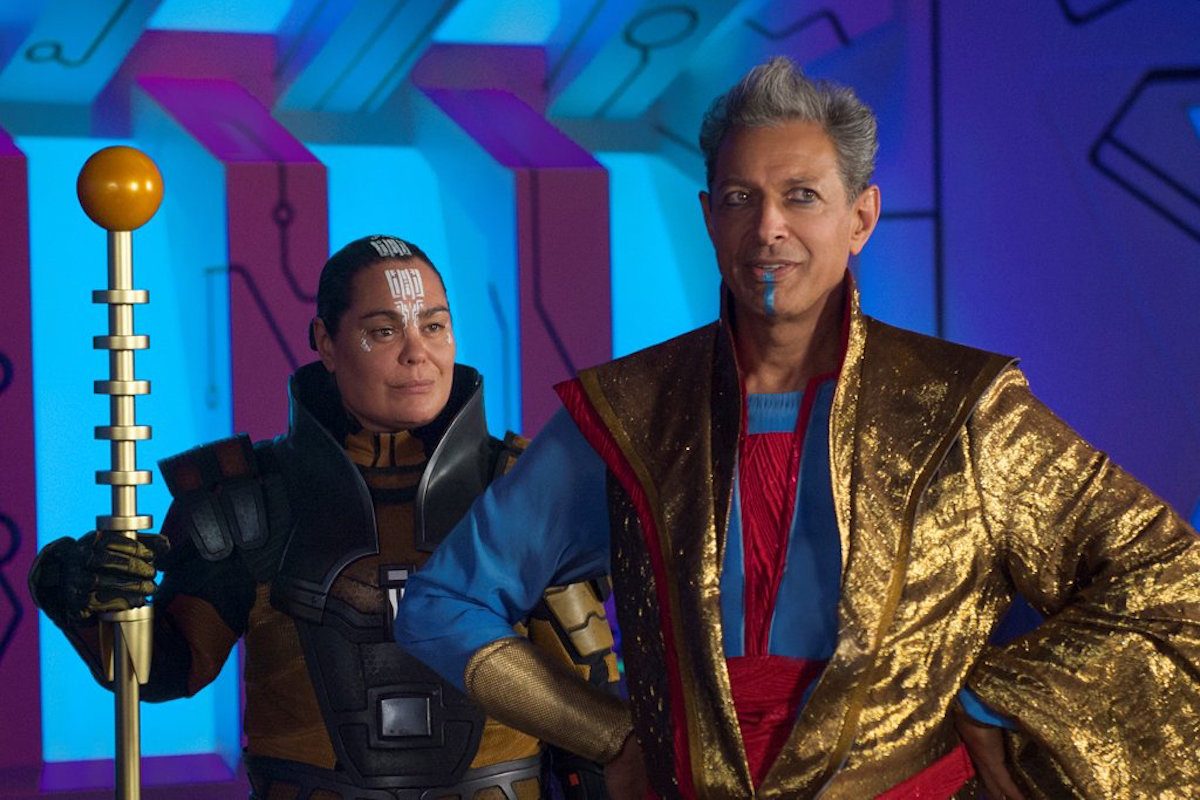 “I’m a fan of it! I’m a fan, of course, of Taika Waititi. I adore him, always did before I even worked with him, and maybe we’ll do something again together,” Goldblum told Insider. “We’ve talked about doing something else that has to be secret right now, but I would do anything with him, sure.”

So here’s my pitch: Let Goldblum be baby Yoda’s father. Can’t you just hear his “oh, wow” at anything baby Yoda chooses to do? It’d be incredible. Or just anything in The Mandalorian really. I know that Taika Waititi also has his own Star Wars coming, and there’s no guarantee he’s coming back to The Mandalorian, but my point is that I just want Jeff Goldblum in a Star Wars property, something I didn’t know I could want.

Sure, Goldblum has been to space before. He took on the aliens in Independence Day, he was a creature of his own making in The Fly, and he took on dinos in Jurassic Park, but Star Wars is an entirely different world. But then he worked with Taika Waititi in Thor: Ragnarok and an entirely new world opened up (in my eyes) for what Goldblum could do.

So, why not have him be in a Star Wars? Waititi’s projects, even when he’s directing on The Mandalorian, have an air about them that scream Waititi. They always have a bit of his humor mixed in with a hell of a lot of heart. The perfect example of this is the episode titled “Redemption,” which finished out the first season of The Mandalorian.

If Goldblum did happen to enter the world of Star Wars, though, he’d have to play a very specific part. What’s great about this galaxy is that there is always someone who is out for their own gain and will do anything to succeed in getting what they want. Now that the hunt is on for “The Child” (I still refuse to call baby Yoda that), there are plenty of characters that could be ushered in for Goldblum to play.

Or maybe he’s going to be in Waititi’s own Star Wars movie. Or maybe I’m just thinking wishfully and they’re going to work together on something else entirely. Who knows? But what I do know is that I’m ready for whatever Taika Waititi and Jeff Goldblum choose to do together because it’s going to be chaotic, zany, and probably make me say “what?” in the middle of laughing, and I’m perfectly fine with that.