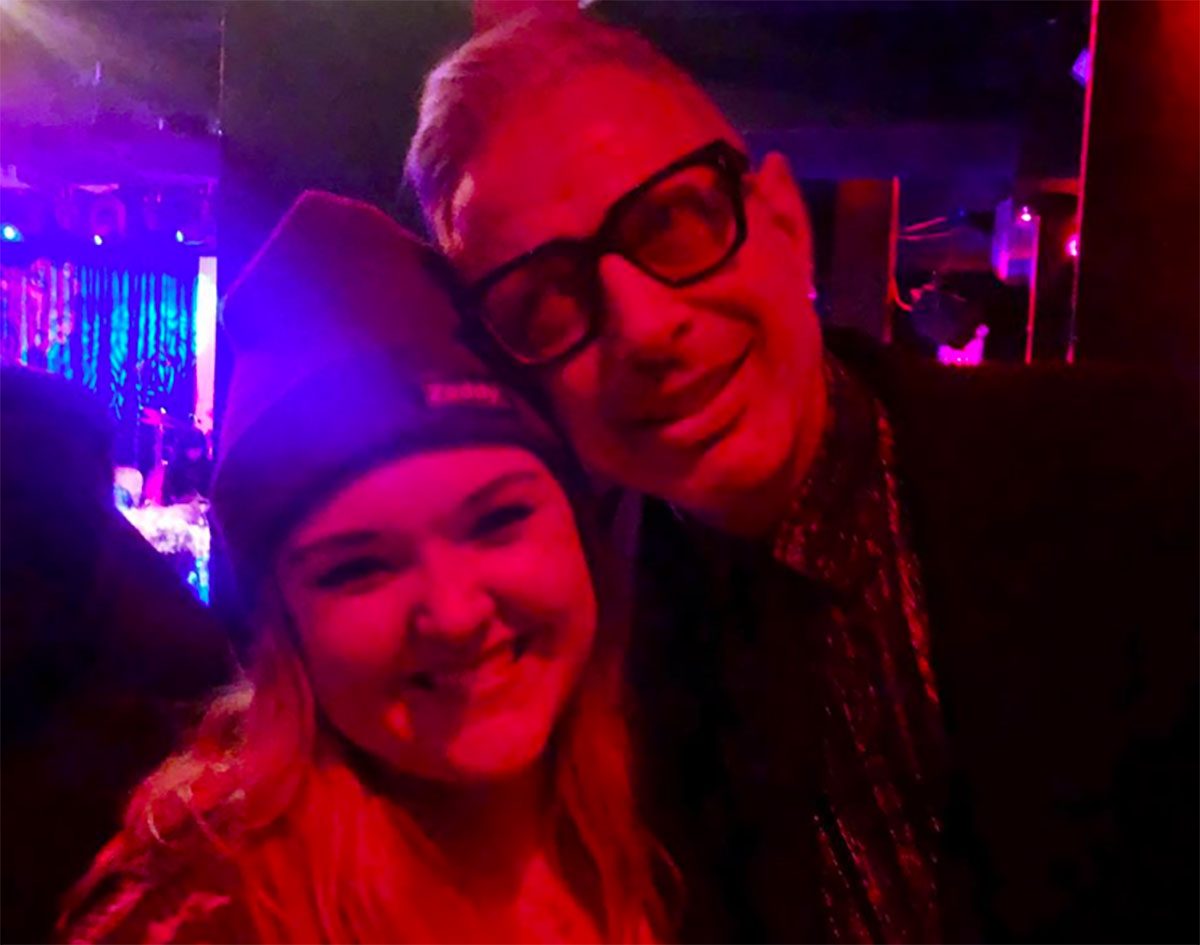 A night with Jeff Goldblum is just as bonkers and wonderful as you’d expect. When Goldblum announced a musical tour with his longtime jazzband The Mildred Snitzer Orchestra, I knew I had to go.

I’ve written about Jeff Goldblum in the past (mainly the whole “zaddy” craze) and have been a fan since I saw The Big Chill as a child. I could hardly contain my excitement going in, and Goldblum didn’t disappoint for a single moment. Playing piano with the Mildred Snitzer Orchestra (they have an album, The Capitol Sessions), Jeff Goldblum spent the night sitting at his piano and then stopping between every couple of songs to play games with the audience and behave in the most perfectly Jeff Goldblum-esque ways imaginable.

No really, there’s an entire bit where you had to figure out what punny businesses are trying to sell you and where they are located in New York City (where Goldblum lived in his theatrical youth in the ’70s, as he was sure to tell us).

But more importantly, whenever Jeff Goldblum gets lost in the magic of music, he makes some of the greatest facial expressions known to man?

Before the show, there was a line around the block to get in. All of us were excited to see Goldblum in the flesh and many of us were longtime fans; I shared my possession of a Goldblum t-shirt with a young woman who owned a sequined Jeff Goldblum pillow. So imagine my surprise when, before the concert even started, Goldblum was just happily strolling around and taking pictures with everyone in the audience and introducing himself. “I’m Jeff,” he would say, offering his hand, hugs, endless smiles, and witty bon mots.

I’ve loved Jeff Goldblum since I was 6 and my dad showed me The Big Chill and so I’m dead pic.twitter.com/QvT1hNjiVm

The show went on for more than two hours, with Goldblum interspersing songs with crowd participation—like when two audience members joined him on stage to give their best Rodney Dangerfield impression in a Dangerfield joke-delivery contest. There were countless obscure movie trivia questions, and a running gag with Goldblum constantly name-dropping even though he said that Robert De Niro told him not. And, oh that’s right, he chastised us all for not remembering random quotes from The Godfather movies, in an extended Godfather quote-identifying segment.

Goldblum is also an accomplished and impressive jazz pianist, and the band was incredible—tight and professional, yet clearly used to playing around Goldblum’s riffs and jokes. Guest singer Hailey Tuck was a standout with an astonishing voice; if you came for the jazz, you would not have left disappointed. But it was evident that many of us had come for the full Jeff Goldblum experience, and he was kind enough to oblige with trademark offbeat humor and effusive warmth.

My Jeffy Just Cares For Me! Beginning our grand tour of places that are cold chanteusing for @jeffgoldblum & The Mildred Snitzer Orchestra tonight in NYC at @lepoussinrouge ! #jeffgoldblumandthemildredsnitzerorchestra

Goldblum shared two sentiments with his audience that show the kind of man he is. I didn’t get footage, but he made the statement that fluidity is important and that we should embrace it. It was that unprompted response, as well as his open invitation to the audience to sing the National Anthem of any country they’d like—preferably not in English—that proved how wonderful Goldblum really is.

Jeff Goldblum at his jazz concert last night, after an American audience member sang the Mexican national anthem: “I’m so glad you’re here. We welcome everyone into this country. I say we stand with a posture of open-armed cordiality. I think I speak for everyone.” pic.twitter.com/TvOasofITY

He also is maybe one of the most respectfully touchy-feely people in the world?

My life can be divided into very specific moments: That time I was born, that time Sebastian Stan held my hand, and that time Jeff Goldblum held my hand

Just as you’d expect, a night spent in the presence of Jeff Goldblum was a night I won’t soon forget. But it also made me love him even more, despite thinking that wasn’t possible. If he’s ever in your neck of the woods with the Mildred Snitzer Orchestra, I promise that you’re in for one of the finest and funniest experiences this world has to offer.