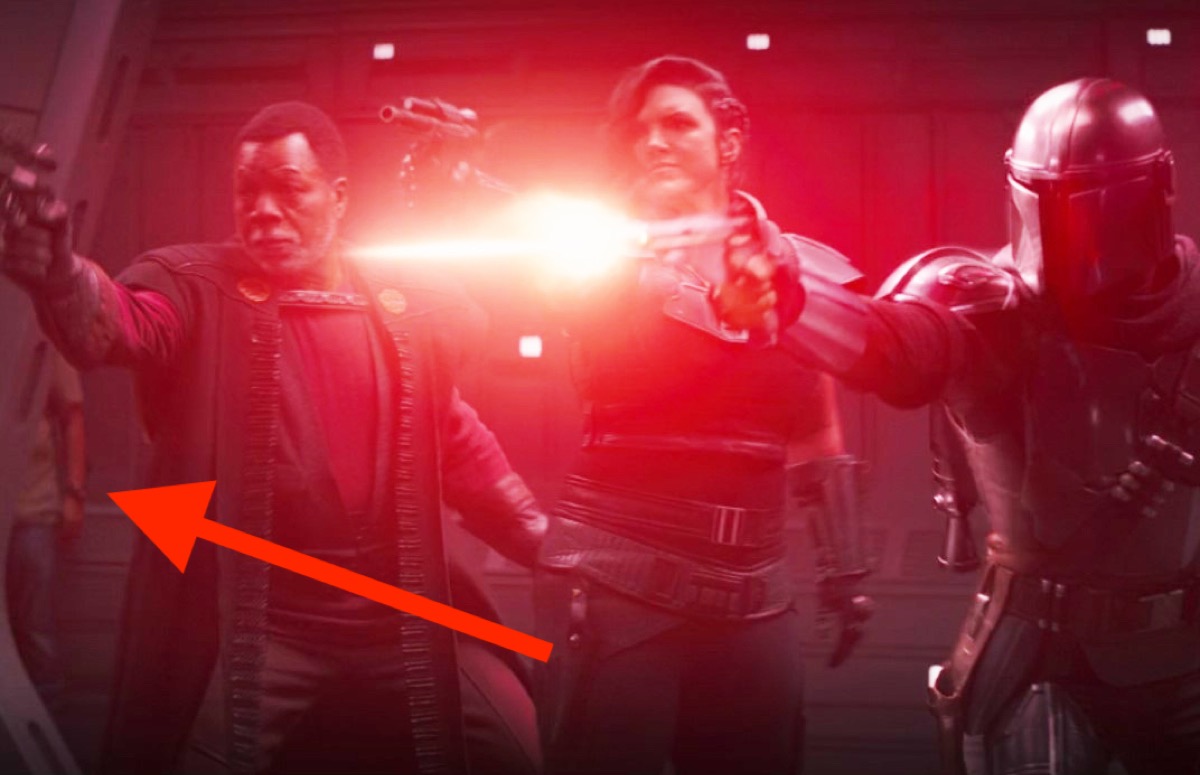 Making entertainment is not a perfect science. People make mistakes, and sometimes there is a random man in a pair of jeans and a watch in the background of a fight scene on The Mandalorian. In episode 4 “The Seige,” Din Djarin heads to a base that still has an Empire hold while on Nevarro. There, he takes on Troopers with Greef Karga and Cara Dune.

Mythrol (Horatio Sanz) is the only other being with this crew that isn’t part of the Empire, and so the questions started to arise: Who is this mysterious jeans man that is in the background of one of the fight scenes, and what’s his story?

Was he fixing a reactor and realized that he was in the wrong room? Is this a secret game of Among Us and he’s the imposter but didn’t want to kill in front of 4 people? Honestly, he’d probably try to kill Mythrol while everyone was shooting and vent out of the room really quickly, but now we’ll never know for sure. The theories are endless.

While it is … obviously a production crew member who is not meant to be there, and they probably thought, “It’s dark enough, they won’t see him,” well, fans … saw him. Much like the pickup trucks and Starbucks cups of Game of Thrones, fans of The Mandalorian were clearly looking for their mishap icon, and we’ve found him.

Jeans Guy has already gone from a fun internet bit to cosplay royalty in the span of three days. Everyone is bringing out their best looks for when we can go back to conventions, and honestly, I think we all needed this. This season of The Mandalorian is doing a good job of distracting us while we’re all still stuck inside, but we needed something to cling to, and I guess that thing was … Jeans Guy.

As Star Wars fans, we should have been smarter about this. JG-56 was there, or Jean Rolex was an option. There are so many fun names throughout the world of Star Wars, and we’re calling him JEANS GUY???? And if we have learned anything from this franchise, if we make a big deal out of something for long enough, we’ll get more of it. I don’t think Jeans Guy is going to get his own storyline, but maybe we can see him in a scene with this fun sailor Mon Calamari in a sweater that rivals Chris Evans’ from Knives Out.

Would I buy an actual action figure of JeansGuy? Probably. Would I cosplay as Jeans Guy? Yes. Do I care that I am part of the problem? No, because Jeans Guy exists, and I just want to know his story.