Why Jason Todd Is The Most Important Robin 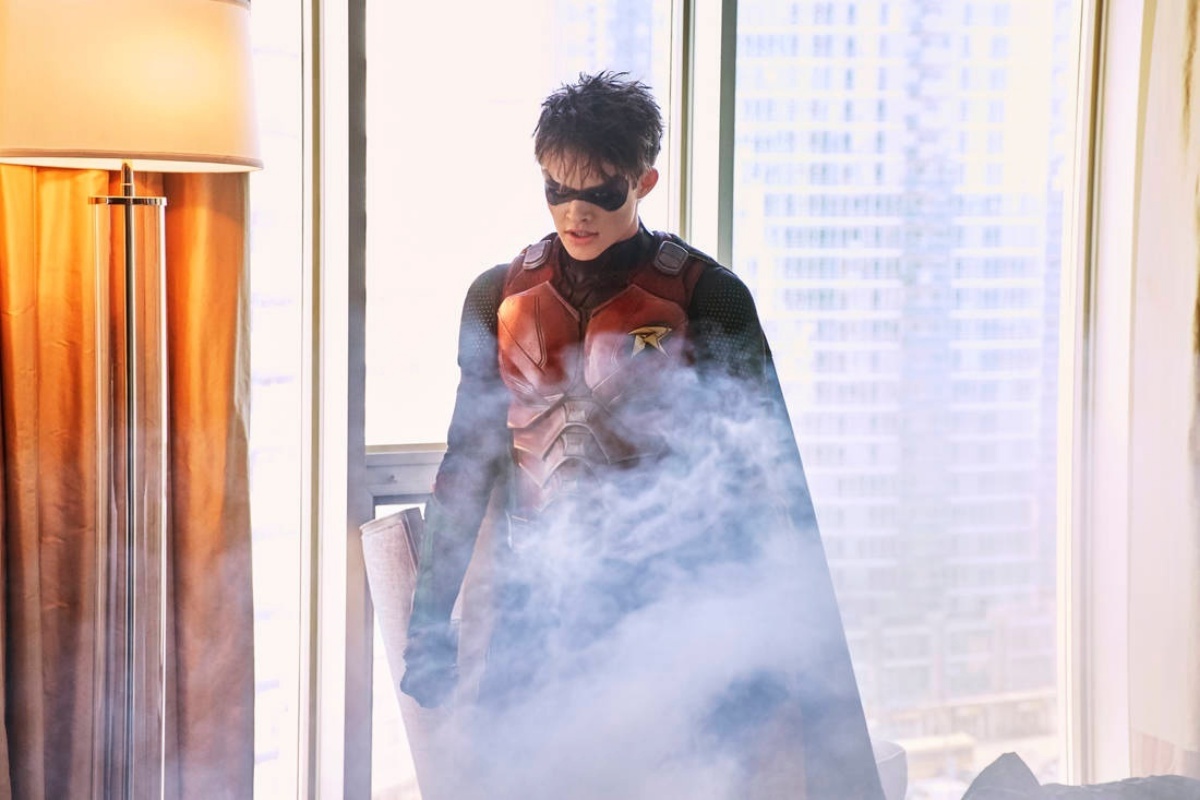 Episode five of DC Universe’s Titans ended with Jason Todd (Curran Walters) helping Dick out 0f a really bad situation and introducing himself as “the new Robin.” On November 16th, the next episode, titled “Jason Todd,” will properly explore the second Boy Wonder and his relationship with old-Robin Dick Grayson.

Since I first learned about the character, and watched Under the Red Hood, Jason Todd has been one of my favorites in the Batfamily. He may not be the best Robin (I’ll give that to my boy Tim Drake), but Jason Todd is one of my favorite Robins, and the most important because he’s the only one who really makes us wonder why Batman doesn’t go further in his quest to “clean up Gotham” and examine and how he can often bring more harm than good to his charges.

When Jason arrives in 1983, he is (like Dick Grayson) the son of two circus performers, who were killed by Killer Croc, leaving Bruce Wayne to adopt him out of empathy for the boy. Jason discovers the hidden passageway to the Batcave and figures out the secret identities of his two dads. He puts together some costumes and goes along with his new dad and new dad-brother, then “Crisis on Infinite Earths” happens and the angst arrives.

Instead of being some sweet orphan boy saved by the Waynes before being corrupted by the world, Jason was reintroduced as a scrappy, streetwise stray who was living as a thief on the streets of Gotham. He was found by Batman in the middle of trying to steal the tires from the Batmobile while it was parked in Crime Alley. Batman was impressed and took him in.

No longer being the older brother encouraging Bruce to adopt Jason, Dick Grayson became jealous once he learned Jason had replaced him. Batman began to worry about Jason’s tendency toward violence and his distaste for authority when Jason allowed a criminal to fall to his death in a very “I’m not gonna kill you, but I’m not gonna save you either” way.

That made Bruce remove Jason from his Robin duties. Jason was then tricked by the Joker into meeting his biological mother. Once Jason was there, Joker beat Jason nearly to death with a crowbar before rigging the building to explode. Jason and his mother were killed in the blast. For around twenty years, Jason Todd was one of the characters in comics who stayed dead, along with Bucky Barnes, Gwen Stacey, and Uncle Ben, and … well, we have seen how that goes.

While it’s an urban legend that Jason Todd was so disliked that people overwhelmingly called in to kill him off, the vote in the very real phone poll held by DC was actually really close, and he was only killed off by 72 votes (every vote matters, kids) at 5,343 for, 5,271 against. However, even now that he has been resurrected via the Lazarus pit as Red Hood, there has been a lot of contention about his character. Nu!Jason Todd is a gunslinger (a Batman no-no) who has no problem taking that next step to end a criminal permanently that Batman is unwilling to take.

Bruce Wayne deciding not to be a murderer, as someone traumatized by the murder of his own family, is noble. Yet, as we see by the revolving door of crime that is the Arkham Asylum, Bruce’s personal decision not to kill or maim does not make Gotham city safer.

The Joker is a terrorist who has caused untold harm not only to the citizens of Gotham but to people close to Batman. Even though it’s a one-shot, Batman: The Killing Joke by Alan Moore came out a few months before Batman: A Death in the Family, and in both, The Joker does immense damage to two of the people closest to Batman.

If there was anyone Batman could get a pass for killing, it would be Joker. Hell, even Superman has snapped and killed the Joker in some Elseworlds. For Jason Todd, Bruce Wayne’s biggest betrayal was not getting revenge for his death and allowing the Joker to hurt others. Jason saw it was just another way that he was not good enough for his father.

Bruce Wayne, as a father, both adoptive and biological, is a great aspect of his character, but the effect he has on his children has been mixed. Dick is undoubtedly the success story, even with their conflicts, but just like Bucky was created to question the teen sidekick, Jason makes us question whether Bruce just got lucky with Dick.

Jason wasn’t from a loving home; he was a kid who grew up on the harshest part of the city. For Jason, violence was always a part of his life. Dick and Bruce were lucky to be shielded against that cruelty by their parents, and in Bruce’s case, his privilege. Bruce wasn’t prepared to handle Jason, his needs, his insecurities (I mean, it was later canonized that he originally had red hair and dyed it black to look more like Dick), or the fact that not everyone grew up with enough distance from crime to think Batman’s methods are effective.

Jason is the best Robin because he allows us to see Batman’s failures and contradictions. Batman wants to be law and order, but without the chaos of the world, he would cease to exist. Batman wants to take care of people, but he often doesn’t know how, and the results can be dangerous. Jason Todd may be a little shit-burger at times, but that’s because he’s a Batman fanboy, elevated to sidekick, who never really understood what Batman stood for and was let down by the reality of the cowl.

I’m looking forward to seeing how Titans brings Jason into the fold and just how the Bruce/Jason/Dick dynamic will be portrayed.