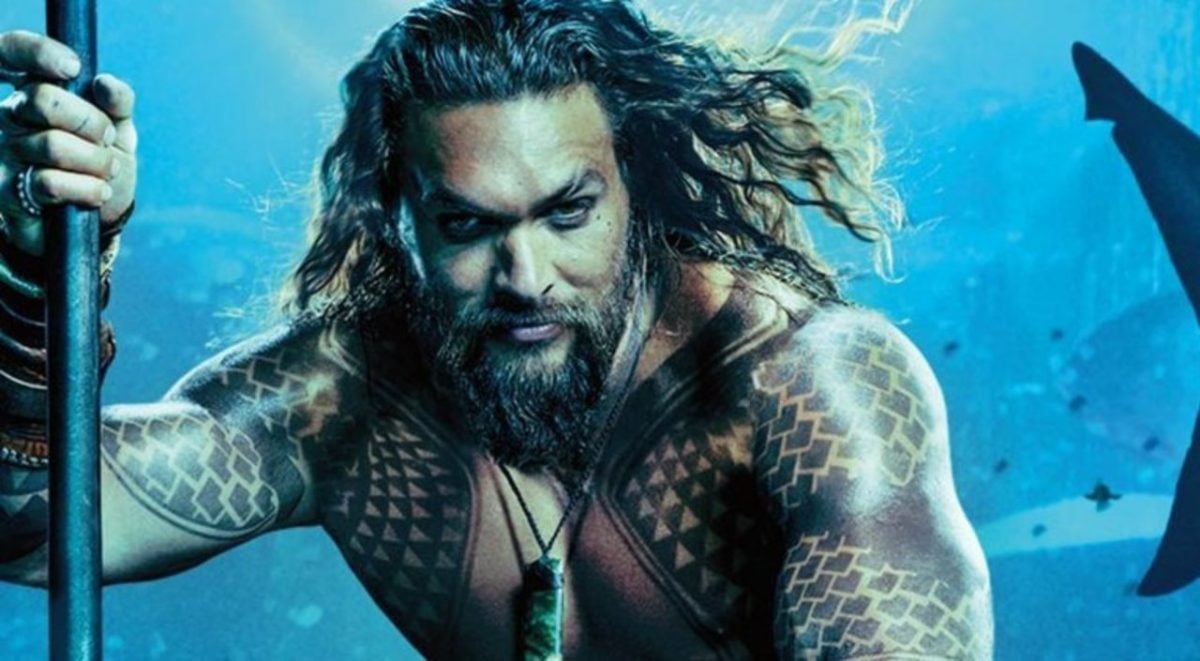 Will the calls to “release the Snyder cut” of Justice League ever end? Not if Aquaman actor Jason Momoa has anything to say about it. While it’s been nearly two years since the film hit the theaters with a deafening thud, DC fans are still clamoring to see director Zack Snyder’s unreleased, supposedly superior version of the film, and thanks to some new teases from Momoa and Snyder himself…we kind of agree?

Here’s some background on the ongoing controversy/meme. Justice League spent nearly a decade in development hell at Warner Brothers and eventually found its way to life under the direction of Zack Snyder, who had previously directed Man of Steel and Batman v Superman: Dawn of Justice. The production was troubled, the studio demanded rewrites and changes to the script by Chris Terrio and then Snyder’s daughter Autmn passed away via suicide and Snyder, very understandably, stepped away. The film was completed by Joss Whedon, who directed additional scenes and eventually received a screen writing credit on the film. Snyder received sole directing credit.

Justice League was…not good. Like, really not good, and in the face of that creative failure fans turned to the hope that there was another version of the movie that hewed more closely to the vision that Snyder was unable to get to screen. Fan campaigned on twitter and other platforms for Warner brothers to “release the Snyder cut” and even raised money for billboards voicing that demand at this year’s San Diego Comic Con. To their credit, those same fans also raised nearly $15,000 for suicide prevention in honor of Autumn Snyder.

Despite these genuinely good efforts, the call to release the mythical Snyder cut has become a bit of a joke, or at least a meme among nerds, but the thing is…there is a Snyder cut. Kevin Smith confirmed it’s existence recently, but it’s probably not in the form that fans would like to see – with many incomplete shots that are just storyboards. Still, it’s a thing that’s out there. Considering that Man of Steel and Batman V Superman were, like Justice League, ponderous slogs, the actual quality of the Snyder cut is in question but that’s where Momoa comes in.

Well let’s be honest if it wasn’t for this man we wouldn’t have Aquaman I love u Zachary synder. Mahalo for showing me the synder cut. Here is a token of my appreciation. Leica Q2 for inspiring me as an artist through and through @leicacamerausa I wish I was a better actor but I can’t lie. The Snyder cut is ssssiiicccckkkkkk #luckymesucksforu #q2 #leicaforlife @cruelfilms aloha j

Back in August he posted the above video on Instagram with Snyder and claimed that it was “ssssiiicccckkkkkk.” That was in August and it got fans more excited for this version of the move they hadn’t seen. Well, last week both Momoa, and Snyder himself gave us some peeks at what that version of the film might have been. Momoa shared the following shot on instagram:

The shot shows that Aquaman was supposed to skewer villain Steppenwolf in the original version of the film. Snyder’s image revealed even more over on Vero, revealing it might have been a group effort to kill the big bad. 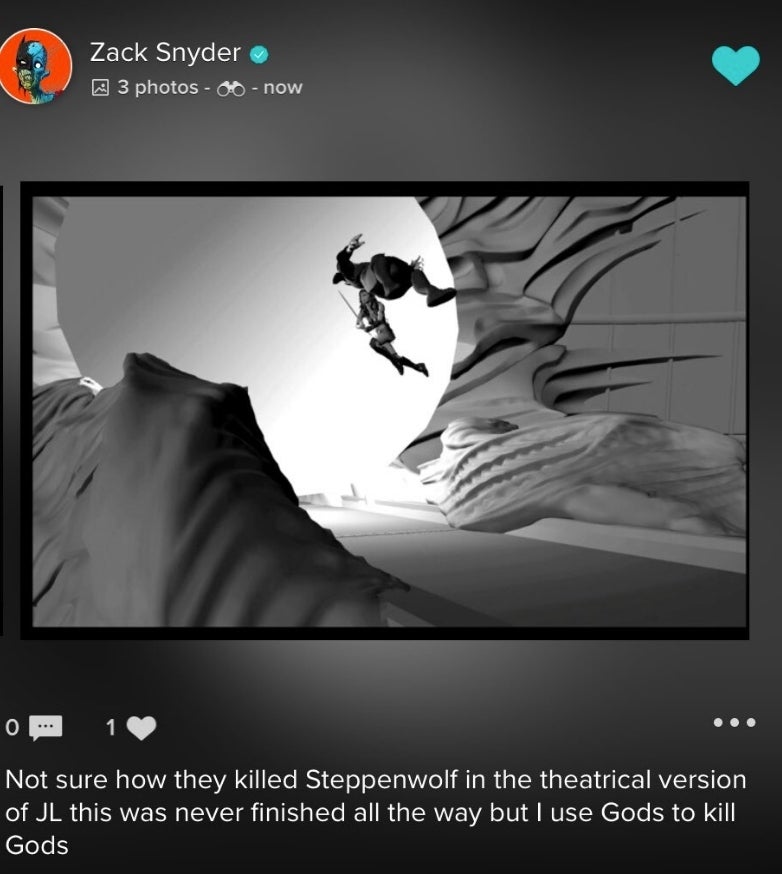 There’s a lot of sass in the shot and caption, showing that clearly Snyder wants his version seen. So do fans, who got #ReleaseTheSnyderCut trending on twitter making some pretty good points about how a version of the film where the heroes get to kill the bad guy, instead of scaring him away and where the black character Cyborg might have had a plot or presence would have been better.

I don’t know if Warner Brothers will ever cave and release this version of the film. On the one hand, they could make some money doing so and it would be a really interesting thing for fans and critics to see and compare. But then again, releasing this version of the film would be an admission by the studio that they majorly screwed up when it came to Justice League and I doubt they want to eat that crow.

The Snyder cut has emerged as this sort of mythic object of perfect quality that will somehow redeem the DCEU…and I think that’s giving it too much credit. Yes, it sucks that Snyder left the project due to tragedy and the movie that emerged was a terrible Franken-film that was somehow even worse than the bores the came before…but the other Synder movies weren’t great either. Still, I think it’s probably something that audience should be allowed to see, so they can decide for themselves.