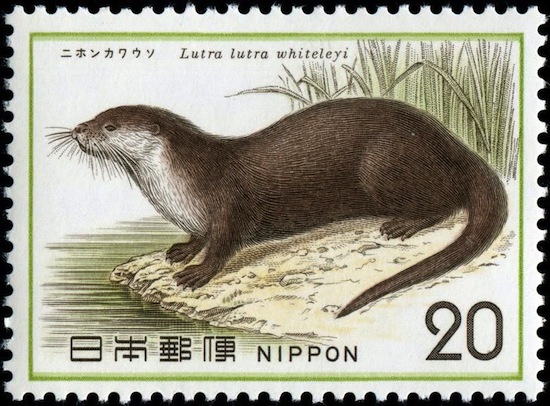 How do you know when an animal has actually become extinct? Environmental agencies throw out data about endangered species all the time, but it’s hard to imagine that the last member of a species dying wouldn’t be some kind of terribly tremendous event with a column of light shooting into the sky like the quickening… or, you know, something like that. Unfortunately, it seems that animal species’ leave the face of this world without a bang or a whimper. The Japanese Ministry of the Environment has declared the Japanese River Otter to be extinct, since no person has seen the species in the wild in over 30 years.

The Japanese River Otter, a subspecies of the Eurasian Otter, had a population numbering in the millions once upon a time. Prized for their fur, hunters drastically cut into the Japanese otter population in the name of foreign trade. Later, the species’ population suffered when their habitats became polluted.

Though there have been numerous searches to find evidence of the species’ continued existence, little proof of living Japanese River Otters has been found. The lack of evidence is itself an indication that there are no more Japanese River Otters. One professor, Yoshihiko Machida of Kochi University, believes that members of the species are still alive, citing animal droppings discovered in 1999.