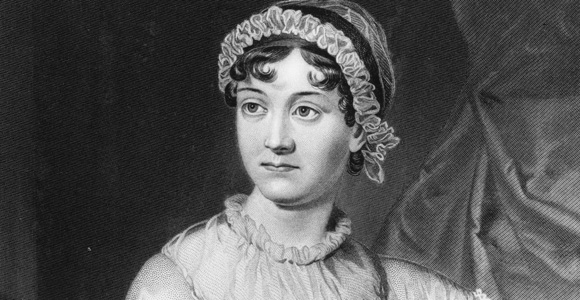 Have you ever been reading a story, supposedly set in a past time period, and spotted words you just know don’t belong? Hugo-award winning author Mary Robinette Kowal has, and she’s determined to not let it happen in her books. So she did something ingenius. She compiled a huge list of words from the collected works of Jane Austen and hopes to apply them to her spellcheck dictionary in order to weed out inappropriate usage in her novels. She just needs a little help.

Kowal created The Jane Austen Word List to help with her latest novel from Tor. Glamour in Glass, is the sequel to Shades of Milk and Honey, a tribute to Austen’s works with a little magic thrown in for good measure. Historical fiction is tricky, she says, particularly in getting the vocabulary correct. She explains:

I’ve created a list of all the words that are in the collected works of Jane Austen to use for my spellcheck dictionary. It will flag any word that she didn’t use and I can then look those up to see if it was in use in 1815.  It also includes some of Miss Austen’s specific spellings like “shew” and “chuse.”

It won’t be perfect. For instance it won’t flag words whose meanings have changed, like “check” or “staid” but it will be an improvement.

Take a guess at how many words you think are on the list.

It’s a whopping 14,793. Kowal has them in a .txt file (which you can find on her blog post) but so far has been unsuccessful at creating a dictionary of them for OpenOffice. She’s tried several different things and has a few people on the case but if you think you can help her out, please do because this is a really cool project others would benefit from.

Edit: The author herself has dropped by to let us know she did solve the problem…back in 2010. Apparently I missed the date. Coolness factor still stands!