I needed this today. 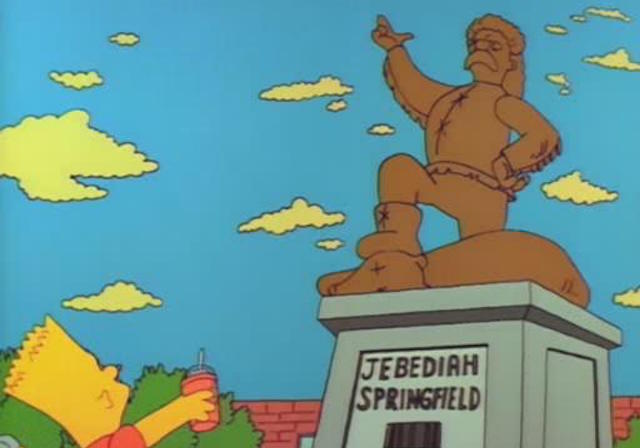 In response to the violent white supremacist riot in Charlottesville—which was, at least initially, symbolically centered around the proposed removal of a statue of Robert E. Lee—protesters in Durham, North Carolina took it upon themselves to tear down their own Confederate monument.

Because there will always be people who claim these monuments honor history, while refusing to acknowledge that that specific history is rooted in racism, taking down Confederate statues is still somehow “controversial.” Which is how you get people like James Woods (one-time relevant actor and current blight on the face of humanity) tweeting ignorant shit like this:

Before the #liberals find a reason to deface, destroy or degrade this one, I thought some of you might like to see it one more time… pic.twitter.com/juArhCpiXl

It only takes the vaguest of ideas of what a conscience even looks like to know that just days after one of those #liberals lost her life to a white supremacist and dozens more were beaten and injured, this is in poor taste. And it only takes the vaguest knowledge of history to know that making a comparison between Confederate monuments and the Marine Corps War Memorial makes you look like a straight-up idiot.

Apparently, James Woods has neither of those things and the internet is having a fantastic time letting him know.

I too am unable to recognize a difference between the heroes who defeated fascism and the rancid losers who lost trying to preserve slavery.

Hi I'm conservative dipshit James Woods and every single statue means the same thing to me. Someone please take me seriously

hello did you all know that the Confederacy actually lost forever?

I hadn't heard this. James Woods, were you aware that the side fighting to preserve slavery as an institution were humiliated and defeated?

Those damn #liberals. What national treasures will we deface, destroy or degrade next?

Look what the #liberals did to this monument! this was taken today! pic.twitter.com/lAVM6sEByL

Before the #liberals find a way to deface, destroy, or disgrace these ones I thought you'd like to see them for the last time.. pic.twitter.com/qfafTZy2dp

Before the #liberals find a reason to deface, destroy or degrade this one, I thought some of you might like to see it one more time… pic.twitter.com/L5y5MLzUwr

Before the #liberals find a reason to deface, destroy or degrade this one, I thought some of you might like to see it one more time… pic.twitter.com/f1Urwx19Oh

before the #liberals find a reason to deface, destroy or degrade this one, I thought some of you might like to see it one more time… pic.twitter.com/8GzpoF0LCK

Truly, no great monument is safe from our #liberal wrath.