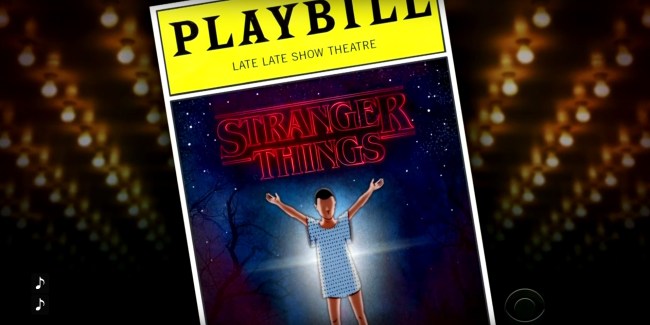 Check out the entire segment in this video:

What’s funny is that I think the cast of Game of Thrones singing “Winter is coming all over you” isn’t “inappropriate” at all, when you consider the show.

But what I really love is the Stranger Things musical, told from the point of view of the Demogorgon. All three of these men are awesome musical theater performers, but Corden rocks it out as the monster singing about how he wants to take Will’s “pretty mama to the Upside Down” and totally channeling Audrey II from Little Shop of Horrors.

What shows do you think deserve the musical treatment?

(via The Hollywood Reporter, image via screencap)