James Cameron Is Making a Sci-Fi Documentary | The Mary Sue 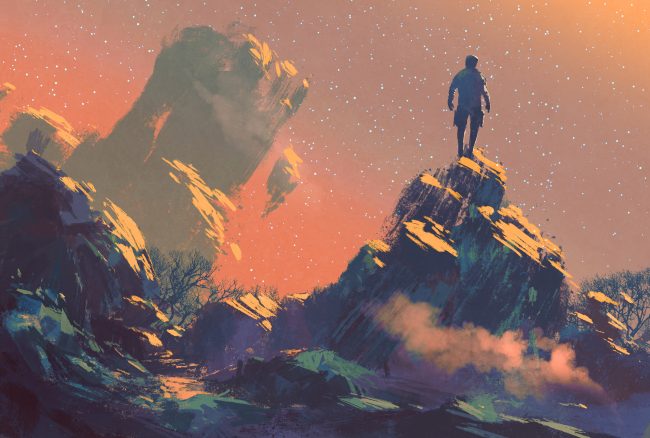 Terminator and Avatar director James Cameron has signed a deal with AMC to produce a six-episode documentary series, titled James Cameron’s Story of Science Fiction. The series will explore how science fiction has tried to answer humanity’s “big questions” throughout history.

“With this series, we are going back to the origins of sci-fi,” said Cameron, “following the DNA of these ideas back to the source. Without Jules Verne and H.G. Wells there wouldn’t have been Ray Bradbury, or Robert A. Heinlein, and without them, there wouldn’t be Lucas, Spielberg, Ridley Scott, or me. As a filmmaker who specializes in science fiction, I’m interested in exploring the struggles and the triumphs that brought these incredible stories to life and seeing how art imitates life, as well as how science fiction imitates and sometimes informs science.”

Personally, I’d have loved to see Cameron mention even one woman on that list of heavy-hitters, but I’m optimistic about the inclusivity of the series itself. That’s because Seattle’s Museum of Pop Culture (MoPOP), which houses the Science Fiction and Fantasy Hall of Fame, is consulting on the series. Octavia Butler, Ursula K. LeGuin, Connie Wills, Mary Shelley, and James Tiptree, Jr. are just a few of the women writers they’ve inducted as members. I also hope they’ll encourage Cameron to acknowledge how non-Western science fiction has influenced the aesthetics and ideas of modern U.S. science fiction.

For his part, Cameron seems super enthusiastic about the project. “I saw 2001: A Space Odyssey many, many times. The movie inspired me to become a filmmaker,” he said. “I liked the special effects, but I really loved the ideas and the questions behind them: How will the world end? Will technology destroy us? What does it mean to be human? These are subjects sci-fi has never been afraid to tackle.”

Each episode will be dedicated to one “big question,” and Cameron and other genre heavy hitters will walk through the various books, films, and TV shows that have tried to answer it.  With only six episodes, I’m fascinated to see which six questions they decide to highlight. It’s not just a matter of which they find most compelling or meaningful; it also a matter of which questions have historically driven science fiction writers, and will provide the most material. Should the series focus on predictive questions, like “Will robots surpass us?” or more existential questions, like “Do we control our own destinies?”

Which “big questions” would you choose for a history of science fiction?

(Via Deadline and The Hollywood Reporter, image via Tithi Luadthong on Shutterstock)