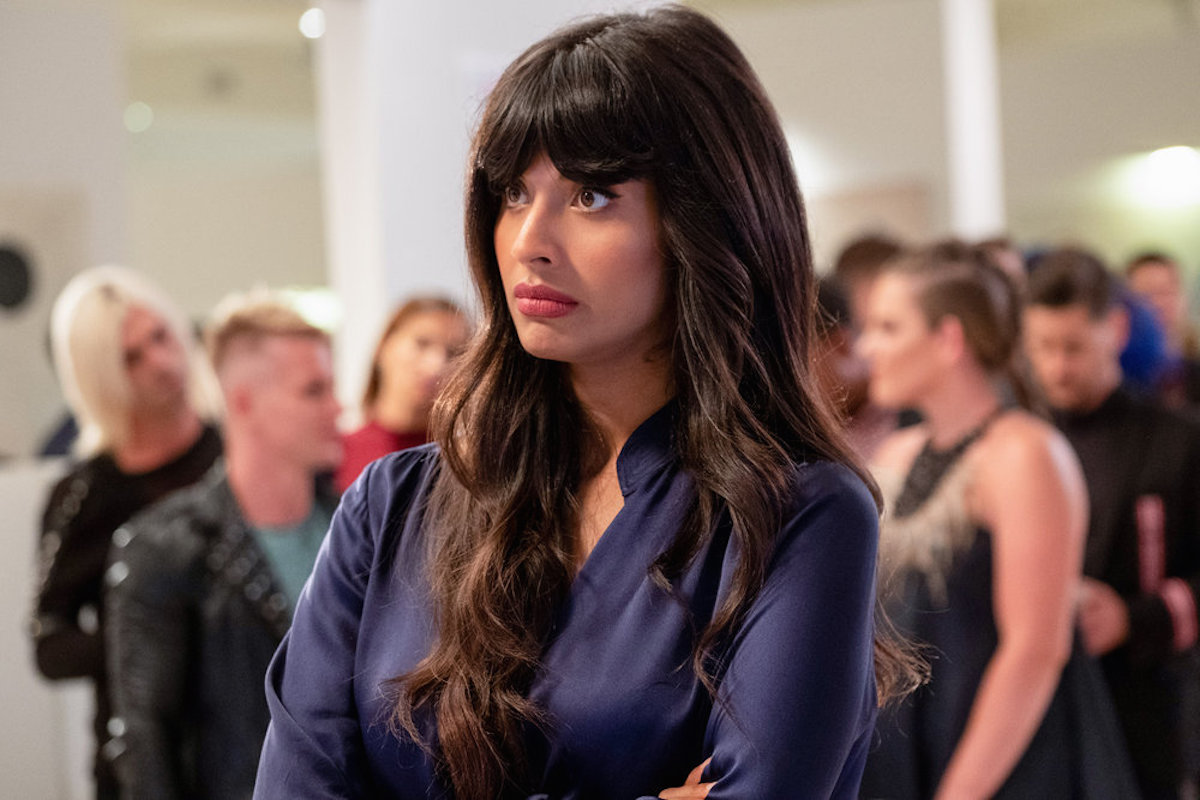 Jameela Jamil—aka Tahani on The Good Place—has long been calling out society’s unhealthy obsession with weight, which tells girls and women to aim for as low a number as possible on the scale, rather than valuing actual health.

In the past, she’s called out the Kardashians as being “double agents of the patriarchy,” making money off of eroding women’s self-esteem; she’s called out gym culture and the notion that body size is more important than overall health; she launched an Instagram campaign to encourage people, especially women, to separate their feelings of self-worth from that number on a scale.

Now she’s coming after celebrity influencers who use their platform to hawk unhealthy, weight loss supplements to their (largely young, female) followers. Last week, she said she hopes “all these celebrities all shit their pants in public,” seeing as the teas and shakes they’re selling are basically just non-FDA-approved laxatives. She also notes they wouldn’t because they don’t they don’t really use these products, they just take money to recommend them to young girls.

They got Cardi B on the laxative nonsense “detox” tea. GOD I hope all these celebrities all shit their pants in public, the way the poor women who buy this nonsense upon their recommendation do. Not that they actually take this shit. They just flog it because they need MORE MONEY pic.twitter.com/OhmTjjWVOp

Generally just don’t ever take diet advice from women who know nothing about nutrition/basic advertising ethics. IF you want to get healthier, talk to a trainer/doctor. 🙏🏽

Cardi B’s response on Instagram was to say “I will never s**t my pants cause there’s public restrooms everywhere… ooo and bushes,” which really seems to miss—or only reinforce?—the whole point of her shilling laxatives.

Regarding her response: she will never shit her pants, not because of bushes, but because she probably doesn’t ever take the products she promotes… during her promotional video she keeps looking at the name of the product on the cup… almost as if she’s never seen it… 👀 https://t.co/um2u8zIDng

Of course, Cardi B isn’t even close to the only celebrity making money off of these dangerous products.

Another double agent for the patriarchy bites the dust… When will these women who are covered in plastic surgery stop telling their followers to drink a laxative to look like them? It’s so embarrassing and it’s so encouraging of eating dirsordered behavior. BE BETTER ALLIES! https://t.co/9hjcapRdwL

And she says she’s not going to stop calling them out.

I am not going to stop coming after all the people, men and women, who perpetuate this gross culture of forcing women to remain small and doll-like in order to be accepted by society. Fucking TRY ME. 🙄🙄🙄🙄🙄

Give us the discount codes to your nutritionists, personal chefs, personal trainers, airbrushers and plastic surgeons you bloody liars. pic.twitter.com/2wes19cJdb

Selling “thinness” is not just different from promoting health, it can be entirely antithetical.

If you tell your fans to be thinner, you don’t love your fans. You don’t give a shit about them or their mental health or self worth.

Tuesday, she posted a fake endorsement video for one of these weight-loss laxative drinks. It’s NSFW if you work someplace that doesn’t enjoy a whole lot of fart sounds.

If celebs and influencers were actually honest with us about some of these diet/detox products… pic.twitter.com/OQsJobGOQN

In a follow-up tweet, she wrote “I know I’m being a bit extra over this whole thing, but the war against women’s bodies/general image is ongoing and out of control. Teen surgery, eating disorders and self harm are at an ALL TIME HIGH. So it’s going to involve a big noise to fight back. Don’t like it? Mute me.”

She also sent out this reminder:

Every time you see a celeb or influencer post sexy diet/detox product ad… remember this picture. This is what they’re selling. pic.twitter.com/RLpYRdhOHv

Jamil did clarify that she doesn’t want to “cancel” any of these women. But she also won’t stop calling out their choice to take endorsement money in exchange for selling unhealthy attitudes. What she does want to cancel is “dietox product culture.” And it looks like it’s going to be a while before she lets up on that goal.