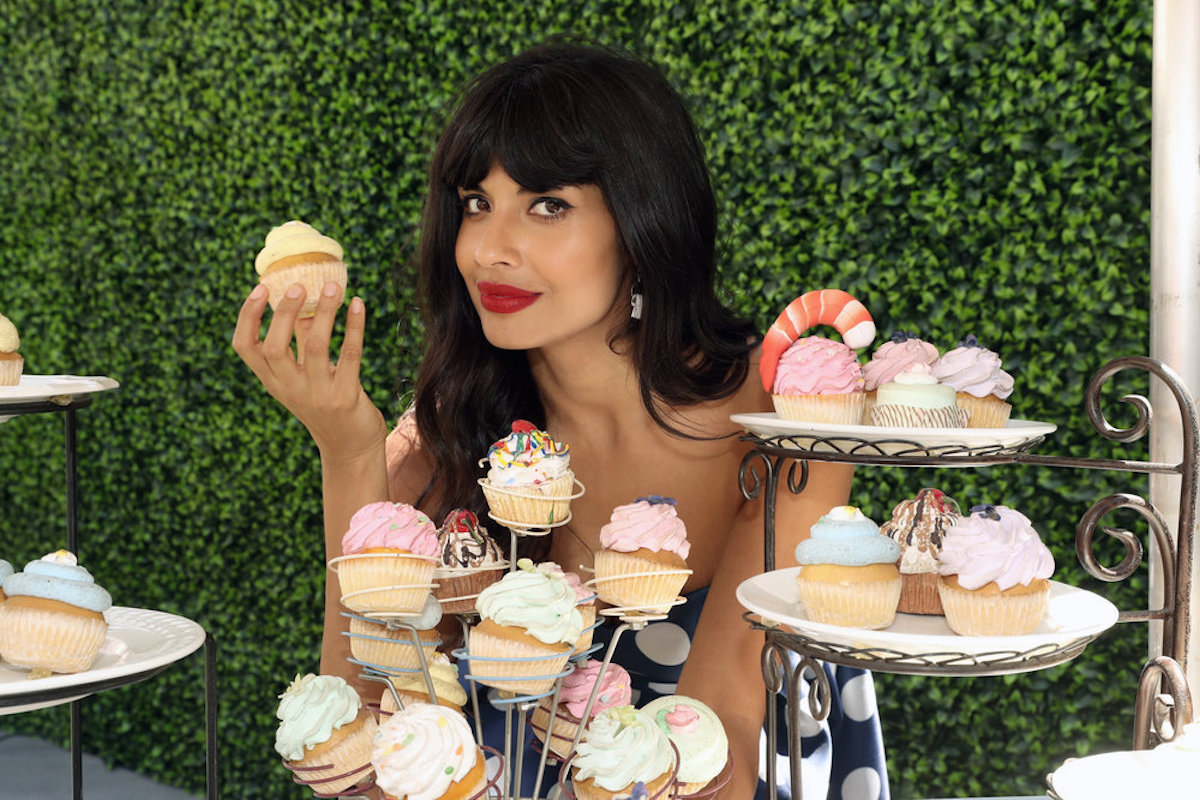 Earlier this week, The Good Place’s Jameela Jamil posted a video to Twitter describing an encounter with a man at her gym. She says the man, whom she did not know, approached her as she was leaving and proceeded to tell her, unprompted, that he had been watching her (already creepy) and how he was frustrated because he kept thinking of all the ways she could be working out that would make her look so much better.

He told her he watches her and thinks to himself, “What a shame. She could look so amazing.”

When I told him I was happy with my body, he looked both surprised and slightly sorry for me. Never walk up to someone and tell them how much better they could look. You’re not being nice, you’re shaming them for the way they currently look. You’re also being extremely weird. pic.twitter.com/FeYBluU0vw

No one should do this to any woman, any person, but it’s especially perplexing here because Jameela Jamil is an actual goddess and I cannot imagine having the audacity to think you know how she could look better.

There is only one person who can say something like this and it is the fictional character (and Tahani’s obvious soulmate) Eleanor Shellstrop.

But seriously, this is not acceptable to do to anyone. This man, who probably genuinely thought he was being helpful and in some way complimentary, walked up to a stranger to body shame her. And as Jamil says, she’s a US size 6-8. “So if that’s how I’m being spoken to in the gym, you can imagine what people say to people who are larger than that.”

“This is why, I think, so many people who want to exercise don’t,” she says in the video. “Because they’re afraid of being judged at the gym.” The gym is already a place where people can feel incredibly self-conscious. “I don’t like walking around now thinking people are looking at me and analyzing me and thinking what I should or shouldn’t look like. Fuck those people,” she says.

The response to Jamil’s video was far larger than what she says she was expecting. It currently has 1.3k comments, and many of those are people, especially women, sharing their own stories of similar experiences. (There are also people saying her video inspired them to finally join a gym or go swimming or do something else they felt self-conscious about.)

Wrote this for everyone who ever feels shame or embarrassment at the gym https://t.co/tAEvtgpVwQ pic.twitter.com/fgiwMOn7lx

In an essay for HuffPost UK, Jamil expanded on that idea, explaining that she joined that gym just a few weeks ago, not for the physical benefit, but because she was told it could help with her anxiety, which she says it has. “I feel significantly happier and more in control,” she writes.

So when this strange man told her how she “could improve her body,” she told him she wasn’t interested in improving her body, that she liked her body and was only looking to improve her mental health. “Upon this response he looked at me with surprise and slight pity even. He was trying to angle his blatant body shaming as trying to ‘help’ me.”

Fascinating isn’t it? In 2018, someone felt they not only had the right, but the duty if you will, to tell me I wasn’t good enough as I was. A total stranger, minding her own business, not asking anyone what they thought about her or her body. Wild.

This is why I had never gone to a gym before. I had always associated most exercise with vanity and self-hatred. A lab people scurry off to, to “fix” their “flaws.” Somewhere I thought would be full of shallow people, who would judge me for my memory foam jiggle and strength of a newborn. Why would I go and willingly subject myself to public humiliation and discomfort, in a room that smells of feet, that I have paid too much money for? I don’t need that.

“Why is something that is so good for our mental health only ever marketed as something that can help us meet societally “acceptable” body shapes?” she asks. If we were conditioned to think of exercise as being for our brains instead of our bodies (or at least equally so), she argues that we would have a healthier relationship with both.

I remember being a very heavy 19-year-old who felt too shy to exercise because I didn’t want people to laugh at a ‘fat girl on a treadmill.’ I felt far too afraid of being seen in a swimsuit at the pool. WHAT IS THAT?! Why should it be on ME to feel worried about anything other than loving my body and doing whats best for it? It’s JUST a body. It’s my body. It’s for me to worry about, not someone else. Shame on society for making me feel that way. Shame on people like that goon I met yesterday, who took it upon himself to try to re-instill that fear in me.

The entire essay is worth your time, as it’s a well-stated, important and powerful argument for trying to shift the way we all think about exercise and our relationships with our bodies. It’s also a great fuck you to people like that guy at the gym who just couldn’t understand why Jamil wasn’t grateful for his uninvited input on her body. This bit in particular is all-caps gold:

To anyone out there who feels the need to criticise other people at the gym about their body shape, hear me loud and clear… YOU ARE NOT A HAPPY PERSON, YOU ARE CLEARLY ONLY EXERCISING OUT OF INSECURITY ABOUT YOUR OWN APPEARANCE. DO NOT PROJECT THIS ONTO OTHER PEOPLE. THEY DON’T NEED YOUR OPINION OR JUDGEMENT. THEY AREN’T THERE FOR YOU. YOU AREN’T EVEN THERE FOR YOU. YOU ARE THERE TO PLEASE OTHER PEOPLE,  AND YOU FEEL OFFENDED THAT SOMEONE ELSE ISN’T AS PASSIONATE ABOUT VANITY AS YOU ARE. YOU SOCIALLY INEPT CLOWN.

To the man that body shamed me in the gym yesterday… 🍔#ohwellbruv pic.twitter.com/YdJTVYkF4n