Jamaican Bobsled Team Has Luggage, Sings I Shot The Sheriff | The Mary Sue

The Jamaican Bobsled Team Has Their Luggage Back, Sings “I Shot The Sheriff”

It's actually been a really tough few days for bobsledders in Sochi, it's starting to get weird. 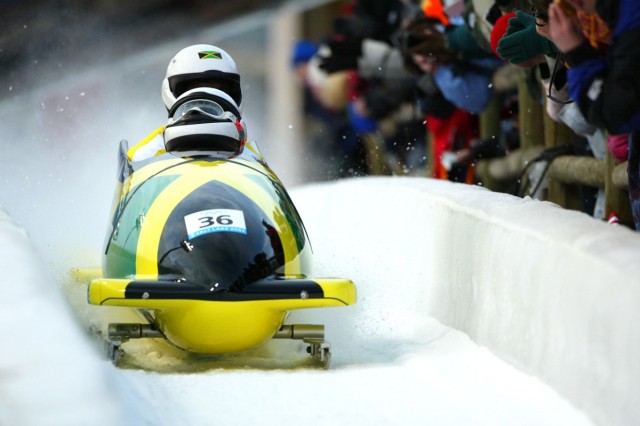 You may have been seeing some stories online about how the Jamaican Bobsled team‘s luggage was lost in transit to Sochi. But have no fear, fans of Cool Runnings, underdog stories, and wonderfully-adorable bobsledders: the team has been reunited with their luggage and their training is back on track.

After qualifying for the Winter Olympics for the first time since 2002, the Jamaican team enlisted the world’s assistance to get to Sochi in time for the games. Surprising everyone, Redditors actually used their powers for good, and raised over $30,000 in Dogecoin for the team – part of the $120,000 total in crowdfunded cash. Arriving in Sochi to discover their luggage was elsewhere, the bobsledders were unable to train for a day; but things are up and running[s] again, now that their gear has safely arrived in Russia.

Have no fear our gear is safe. Training starts at 7:30AM #Sochi2014 time #JamaicaBobsled pic.twitter.com/Md3Ol5yuaR

And it looks like the team couldn’t be more stoked to be in Sochi; here’s bobsledders Winston Watt and Marvin Dixon backstage after the Opening Ceremonies, bursting out into a little Bob Marley for their fans:

Bobsledders haven’t had it easy in Sochi; a US bobsledder had to break his way out of a bathroom after becoming trapped, and a British bobsledder recently almost fell through an open elevator shaft. Here’s hoping everyone just makes it to the first bobsled competition day on February 16.

(via Fansided and Daily Mail, image via Getty)