Jacob Wohl’s Press Conference Was the Laugh We Needed Today 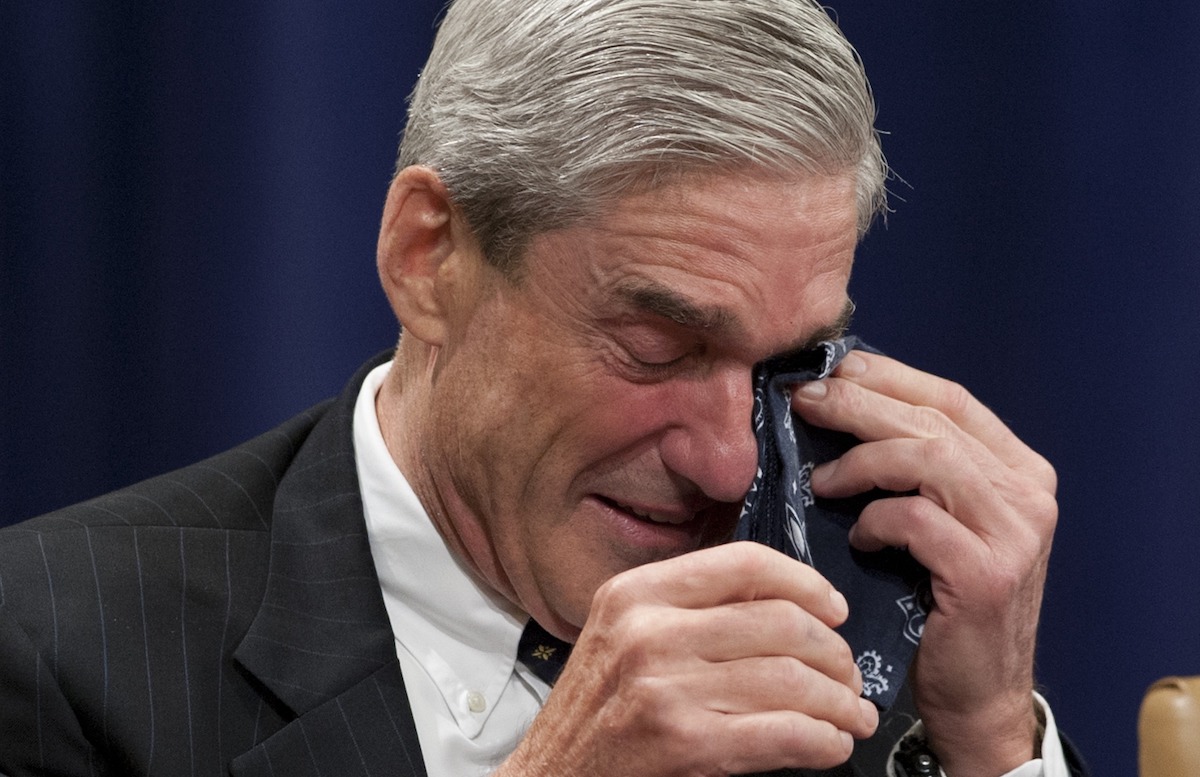 Earlier this week, we talked about the weird, spiraling rabbit hole that was Jacob Wohl and Jack Burkman’s attempts to spread what were very clearly fake accusations of sexual misconduct against special counsel Robert Mueller, who just happens to be investigating issues of foreign interference during the 2016 presidential election.

It was revealed Tuesday that Wohl started the company that allegedly paid a (probably made-up) woman to fabricate accusations against Mueller. His info was all over the source code for the site, which was created just a few weeks ago, and whose “staff” is just pictures of random celebrities and stock photo models.

Also, the company’s phone number redirected to his mother’s voicemail.

Multiple journalists reported being shopped the story and refusing it, including (!!!):

But despite being so publicly outed and owned, Wohl and Burkman insisted that they were being smeared by liberal operatives and they said their planned press conference, in which they would introduce the woman accusing Mueller of misconduct, would move forward as planned.

Someone inside Mueller’s office likely sent out the hoax email claiming to be a woman offered payment to make an accusation against Mueller!

They know that Mueller’s real victims are coming forward!

Indeed, the press conference did take place today, at a Holiday Inn outside of DC. And lucky for us, a number of journalists attended and live-tweeted the spectacle. It was, truly, the laugh we needed today.

The hapless Jacob Wohl / Jack Burkman press conference on Robert Mueller is about to kick off!

To start, despite reportedly being open to the public (weird for a press conference), pictures indicate there were just a handful of attendees. That didn’t stop Wohl from insisting there was a huge protest. “Antifa” was there, meaning literally one guy with his inflatable Trump rat.

A bus also pulled up next to the hotel, so clearly it’s Soros at work.

The “press conference” started out with a major whimper as–shock of shocks!–their star witness didn’t show up.

The Wohl / Burkman press conference has been stymied by the fact that their much-hyped witness failed to show at all. pic.twitter.com/kDbj8bj8V8

They said it was because she feared for her life (and that she doesn’t exist), but they still felt comfortable in naming her, although they couldn’t agree on how that name was spelled.

Burkman and Wohl appear to have no idea how to spell their client’s first name. They insist it’s Carolyn — but then after reporters ask them, they say it’s Carolyne with an E.

Wohl, touting the accuser’s background, said she went to many schools around the world. Reporters in the room start cracking up

Burkman’s defense was, I kid you not, “Even the Declaration of Independence had misspellings.” That wasn’t even his most self-aggrandized overstatement of the day, either.

That would be this:

The Q&A is getting heated! Jacob Burkman defends Jacob Wohl’s age: “Jacob is a child prodigy who has eclipsed Mozart.”

Burkman says he’s a big fan of Wohl’s, even though the two won’t say how they even know each other, only calling their meeting “synergistic.”

The name spelling wasn’t the only basic fact the boys couldn’t keep straight.

They say they’re going to file a police report by the end of next week, but now they’re sort of backtracking that b/c it’s “up to” their client.

Wohl is now walking through the accusation, saying his client was “brutally raped” by Mueller. There’s already inconsistencies between his account and the docs handed out. pic.twitter.com/rM5I4FA7jH

Since they had no accuser present to make accusations, much of the “press conference” was then dedicated to defending themselves against the mockery they’d faced over the past two days.

Jacob Wohl was really mad that the internet was photoshopping him as a corn cob—a meme-ified symbol of refusing to acknowledge you’ve severely and humiliatingly lost an argument.

Wohl is fuming again that someone photoshopped him into a corncob: “One of them had a picture of corn!”

The Jack Burkman/Jacob Wohl press conference is getting weird pic.twitter.com/VMwR5uqSsh

They also chastised the reporters present for their colleagues who called Wohl’s mother and young sisters looking for comment. It’s not clear if that was due to their phone number being listed as the official contact for “Surefire Intelligence” but that wouldn’t be surprising.

None of this is surprising, down to the no-show accuser, as Burkman has pulled this exact stunt before. Twice. These two men tried to convince the world they cared about women, but they actually thought statements like this would make them look credible:

Wohl and Burkman say their Mueller accuser is a woman named Carolyne Cass. Wohl says he believes her. Usually, he says, “my default is to not believe the accuser.”

The whole conference can probably be summed up as:

Burkman’s face is noticeably covered in sweat. It’s dripping down his face.

I wasn’t planning to give any more brainspace to these doofuses, but to be honest, I really needed this today.

Hey, credit where credit’s due: everyone ASSUMED that Jacob Wohl would completely humiliate himself at that press conference this morning, but he still got outta bed, got dressed, marched down to that Holiday Inn, and proved everyone right. Tremendous work.

“On Thursday The Gateway Pundit suspended our relationship with @JacobWohl.”https://t.co/9Z195qAl3Q

When your weird attention-grabby right-wing anti-woman stunts are too embarrassing for even the Gateway Pundit to want to associate with you, you’re beyond redemption.