J.K. Rowling Wants Us to Know That Dumbledore and Grindelwald Were Doing It 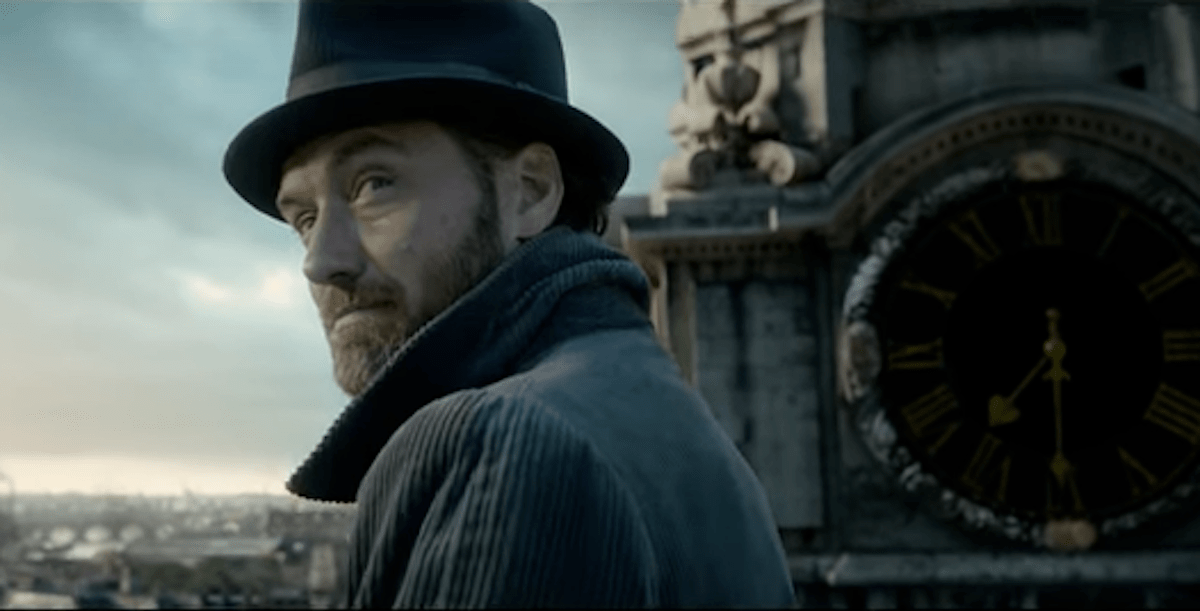 Here’s the thing: I love the Potterverse as much as the next geek. Maybe even more, after all I did have my bachelorette party at the Wizarding World of Harry Potter. And I love J.K. Rowling, the brilliant single mom who conjured this magical universe. But unfortunately for all of us, Rowling keeps giving us details about the wizarding world that we wish we could unhear.

Our Lady of Retconning has shocked fans everywhere with a series of unnecessary and sometimes disturbing add-ons to the Potterverse. First there was the wildly upsetting “wizards soil themselves and magick it away” detail:

Hogwarts didn't always have bathrooms. Before adopting Muggle plumbing methods in the eighteenth century, witches and wizards simply relieved themselves wherever they stood, and vanished the evidence. #NationalTriviaDay

Fans were also upset about the big “20 years in the making reveal” that Nagini was once a young Asian woman who was cursed to become Voldemort’s snake BFF. Ah yes, the timeless tale of an evil wizard who … keeps a woman of color as a pet?! Yikes.

And most recently, Rowling said in an interview that young Albus Dumbledore and Gellert Grindelwald were definitely knocking wands. And yes, the retconning of Dumbledore did give us a prominent LGBTQ character in the Potterverse, but you don’t get points for that after the fact. Furthermore, it isn’t really representation when it doesn’t exist in the books or in the films. Sorry, but in 2019 subtext just isn’t going to cut it.

Fans took the news of Dumbledore and Grindelwald’s sexual relationship to its most logical endpoint: Twitter memes. Here are some of our favorite responses to Rowling’s revelation:

J.K. Rowling Confirms Some Characters in Her Books and Movies Are Gay Everywhere Except in the Books or the Movies https://t.co/Y5gcbMWNB9

can't wait for the J.K. Rowling/E.L. James crossover, 50 Shades of Greyffindor, in which we learn that the greatest safeword is friendship

People criticise J.K. Rowling but how great would it be if George Lucas came out of retirement to declare that Salacious Crumb was an unstoppable fuck machine

No one:
J.K. Rowling: Voldemort has a 12-inch penis

Is J.K. Rowling the first author to write fan fiction about her own characters?

J.K. Rowling: Dumbledore and Grindelwald had an intense sexual relationship

Readers: That's cool. Would you mind elaborating on your views regarding the transgender community? It's problematic based on your history and we'd love clarification.

I will fully fund this pornographic film lmk https://t.co/aDujbke7iZ