JK Rowling Talks Around the Grindelwald/Dumbledore Pairing | The Mary Sue 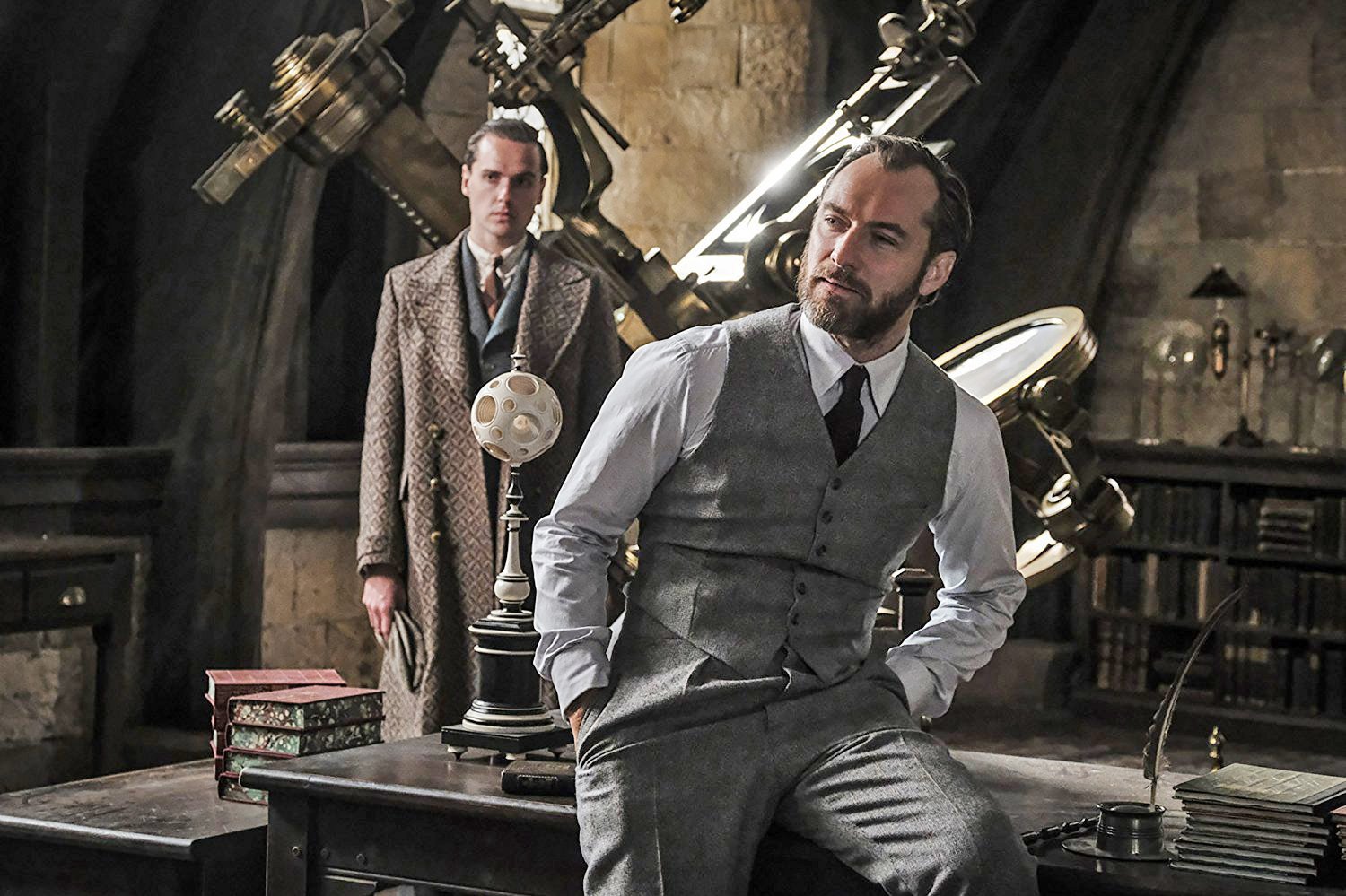 Will a major franchise ever show a same-sex relationship onscreen in 2019 or 2020? If one does, it probably won’t be the Fantastic Beasts franchise. At least, not with writer JK Rowling continuing to dig herself into a bit of a hole with her comments about Grindelwald and Dumbledore being a romantic pairing, yet them never actually showing or saying it on the big screen.

Rowling said on the blu-ray for Crimes of Grindelwald, per Attitude: “Their relationship was incredibly intense. It was passionate, and it was a love relationship. But as happens in any relationship, gay or straight or whatever label we want to put on it, one never knows really what the other person is feeling. You can’t know, you can believe you know. So I’m less interested in the sexual side – though I believe there is a sexual dimension to this relationship – than I am in the sense of the emotions they felt for each other, which ultimately is the most fascinating thing about all human relationships.”

First off, maybe I’m being a sensitive queer person, but I really don’t like the idea of “gay or straight or whatever,” but that might be me being oversensitive.

The idea that the Dumbledore/Grindelwald relationship would automatically be sexual and therefore she is less interested in it also rubs me the wrong way. There is nothing inherently sexual about making it clear that two men were in love with each other. All you would have to do is show a kiss or a hand-holding scene in a flashback, or flat out have one of the characters admit “I was in love with him.”

Also, Rowling might be interested in the emotions people feel for one another, but she certainly didn’t shy away from PG-13 emotions when Harry thought about Ginny. While the Harry Potter books never got hot and heavy, Harry describing the dragon he felt roaring in his chest at the thought of Ginny kissing another boy implies that there is some presence of sexuality in the books. Similarly, Ron and Lavender snog quite a bit, Lupin and Tonks get married and have a child, and by the epilogue, everyone has kids. Sex might not be a thing shown in the books, but it’s present.

Even in the Fantastic Beasts films, there are two main romantic pairings in Newt/Tina and Queenie/Jacob, plus the implication of what happened with Leta Lestrange’s mother. Again, sexuality isn’t key to these films, which are very chaste, but the implication is there.

Dumbledore and Grindelwald get to stare at each other in a flashback and find each other in the Mirror of Erised, but that’s about it. We don’t really get a hint of romance as much as it’s so subtextual it could easily be misread by those who aren’t in the know as being platonic. Clearly, the emotions in a visual medium aren’t cutting it.

At this point in time, I’m more bored than I am frustrated. I know Rowling will probably not deliver on the representation front, or if she does it will more than likely be bad. Still, it’s grating that every time someone involved with the production talks about these characters that we have to have this conversation.

Subtext and baiting is not quality representation. There are so many layers to why Dumbledore/Grindelwald does not work, and the lack of effort put into it by the writer and creatives is certainly one of them.