J.K. Rowling Doubles Down on Transphobia, Ruins Her Legacy in One Fell Swoop 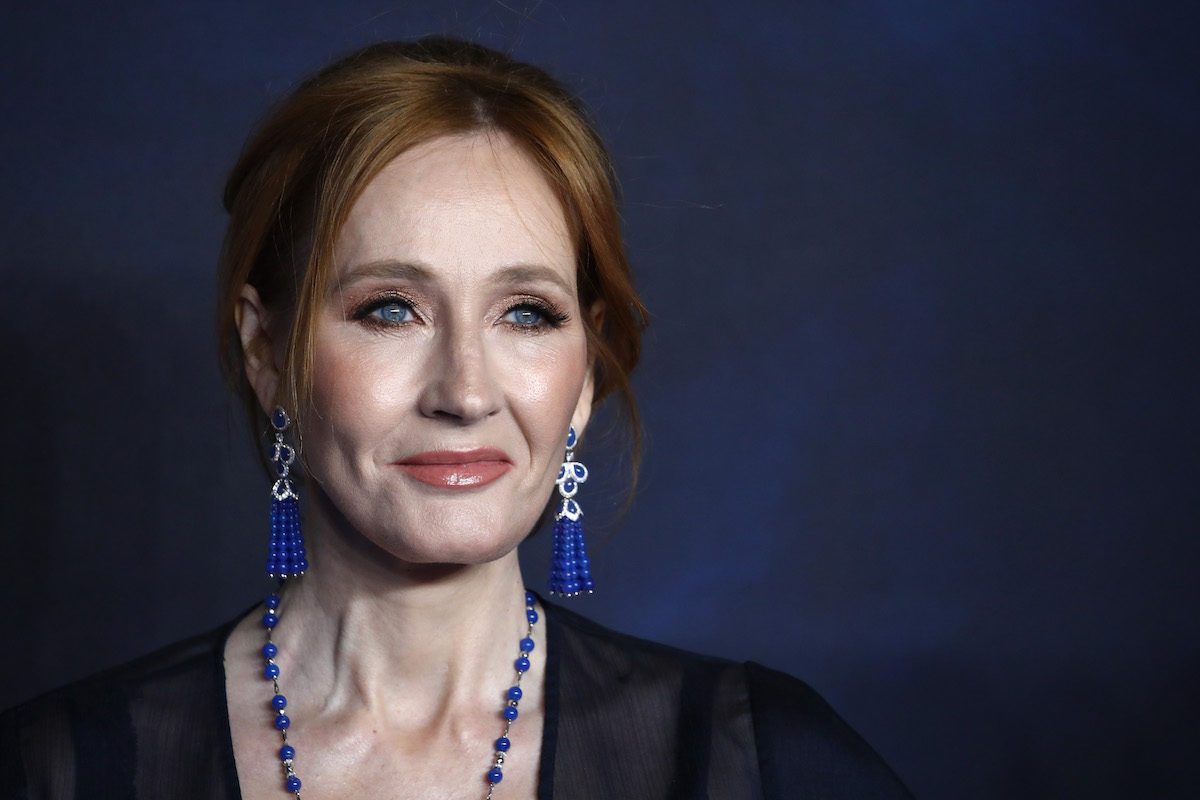 In the midst of a global pandemic and protests for racial justice on every continent, J.K. Rowling has decided to openly and unapologetically trumpet her transphobic views to her 14.5 million Twitter followers. The billionaire author of the universally beloved “Harry Potter” books has made several transphobic comments and gaffes in the past, but her latest Twitter spree has left zero doubt regarding where her heart lies.

Rowling took to Twitter to criticize a headline that used the phrase “people who menstruate”:

‘People who menstruate.’ I’m sure there used to be a word for those people. Someone help me out. Wumben? Wimpund? Woomud?

If we’re following Rowling’s logic here, then only women menstruate and if you don’t menstruate you are not a woman? What about trans men and non-binary folks who menstruate? Do they not exist? What about women who have gone through menopause or for medical reasons do not menstruate? Are they no longer women? It’s a bizarre argument that strips people of humanity and reduces them to genitals and biological functions. It’s also just plain wrong.

If sex isn’t real, there’s no same-sex attraction. If sex isn’t real, the lived reality of women globally is erased. I know and love trans people, but erasing the concept of sex removes the ability of many to meaningfully discuss their lives. It isn’t hate to speak the truth.

I respect every trans person’s right to live any way that feels authentic and comfortable to them. I’d march with you if you were discriminated against on the basis of being trans. At the same time, my life has been shaped by being female. I do not believe it’s hateful to say so.

Rowling claims in her tweets, “I respect every trans person’s right to live any way that feels authentic and comfortable to them.” I don’t know Joanne, that doesn’t sound like any kind of respect or understanding to me.

It is also deeply troubling that someone with Rowling’s massive wealth and influence would devote so much time and energy to hating trans people, especially given that her books are universally understood to be about acceptance and celebrating differences. But of course, that’s not necessarily true. You only have to look at the Jewish allusions to the goblins, or Rowling naming the only Asian person Cho Chang, or the Nagini debacle, or S.P.E.W. to realize that Rowling isn’t as tolerant as she thinks she is.

And just … why? Why is she doing this during Pride month, in the midst of massive anger and upheaval and suffering? Rowling is literally getting into spats in the Twitter comments with her followers. Does she really, truly have nothing better to do than tear down some of the most vulnerable people in our society? What is wrong with her?!

Many took to social media to call her out for her harmful and ignorant views:

.@jk_rowling These times are hard enough without YOU, a wealthy white woman, tweeting transphobia from your mansion.

Trans people really don't need your bullshit right now. Do us all a favour and give it a rest.

To say that you're a disappointment is an understatement #TERF https://t.co/oFekQHIqCs

The fact that this is your priority right now, that you have a pathological need to keep harping on this—what a truly disappointing human you have turned out to be. The trans people you claim to love deserve better than you. Happy Pride Month, Jo!

In her intense mugglemindedness, @jk_rowling is not even considering how extra discriminatory she is being while we are centering that #BlackTransLivesMatter, and during #PrideMonth, no less. #TheMagicIsOver pic.twitter.com/6RKK6m9Uq9

Trans men menstruate too. We are also harmed by the violent ideologies & actions of transphobes. Y’all just like to act like we don’t exist.

YOU WERE SET OFF ON THIS BY A HEADLINE??? PEOPLE ARE GETTING MURDERED IN THE STREETS, BLACK TRANS WOMEN DIE AT HORRIFYING RATES, AND YOU FEEL THAT YOUR PERCEIVED OPPRESSION BY AN INCLUSIVE HEADLINE NEEDS TO BE SPOKEN AT THIS MOMENT?

I wonder how many trans writers JK Rowling inspired as kids to pursue the craft.

I wonder how much their books will spread philosophies counter to what Rowling believes. pic.twitter.com/jaUvAbIeg2

jk really logged on to say "i've been VIBING with you all for decades, simply absolutely pulsating with energy, are you really going to throw all those vibes away just because i'm marrying the blue liquid that stands in for period blood in tampon commercials"

Not all cisgender women menstruate but they are still women, I don’t want to be reduced to my biological functions, not all people who menstruate are women, this is a really abhorrent thing to focus on when the rest of the world is fighting for racial equality. https://t.co/ynP9kFSPIx

Hi, I’m a geneticist, and not that Rowling will care but others might
1) sex is real
2) it is not binary
3) sex and gender are different things
4) gender is also not binary
5) trans rights are human rights https://t.co/12vUxn0462

Imagine writing a generation defining series about a youth uprisal that defeats a tyrannical monster motivated by the preservation of “pure blood” and looking at THIS time in the world and going “hmm…yep. I’m gonna invalidate trans people.”

The idea that women are only women if they menstruate comes from oppressive & ableist ideas about how reproduction is our only function.

I don’t care what J.K. Rowling says, #TransWomenareWomen. I will not be reduced to my ability (or rather inability) to menstruate or become pregnant, just as many cis women are not able to. I’m more than a walking baby incubator. All women are. I’m a trans woman and proud of it. pic.twitter.com/WSSjvSLw4J

Not all women menstruate-children, post-menopausal women, women who are pregant, some women with disabilities, trans women. Not all people who menstruate are women.

You do realise that you are defining womanhood only by the capacity to procreate, just like the patriarchy does? https://t.co/RQog8MwNMM

the K in JK Rowling stands for "Karen"

Not sure what trans and non-binary folks need to hear this, but continuing to enjoy Harry Potter–in spite of Rowling's awfulness–is not only okay but healthy. If we want, we're allowed to hold on to the goodness and fandom of that and make it our own. That's entirely valid.

She put a polite veneer on her words, I’d like to break down what she’s saying.

That is what she is saying.

GLAAD tweeted a statement against Rowling, with links to support Black trans people:

JK Rowling continues to align herself with an ideology which willfully distorts facts about gender identity and people who are trans. In 2020, there is no excuse for targeting trans people.

We’re done with you, J.K. Rowling. And while we’re at it, Fantastic Beasts is trash.