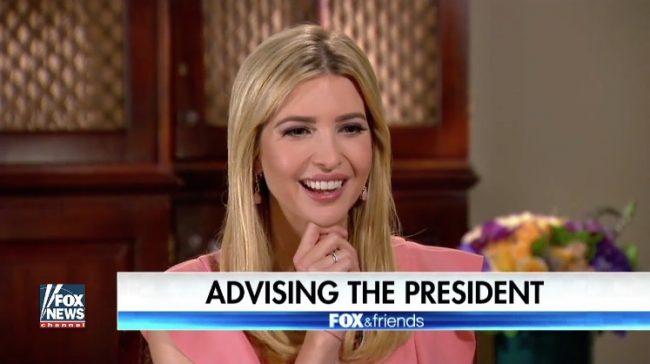 Ivanka Trump went on The Dr. Oz Show this week to talk about postpartum depression. Trump says she suffered from postpartum depression to some degree after the birth of each of her three children. “I felt like I was not living up to my potential as a parent or as an entrepreneur and executive,” she said.

Postpartum depression is incredibly common, yet highly stigmatized. Approximately one in nine women suffer from PPD, and too many feel shame because of it. It’s not talked about nearly enough, so I’m all for as many women as possible sharing their stories, and that includes Ivanka Trump.

However, in her case, we also have to address the hypocrisy. Trump has dedicated herself to supporting and representing an administration that is actively trying to strip people of their health insurance. Those defending the Graham-Cassidy bill–which was hopefully killed today, but which Donald Trump aggressively supports–promises it protects those with pre-existing conditions. That’s a lie. You don’t have to believe me. You don’t have to believe Jimmy Kimmel. It’s a lie.

If Ivanka Trump were at risk of losing her healthcare, or not being able to pay exorbitant premiums of being in a “high-risk pool,” she might be worried. Because postpartum depression can be considered a preexisting condition. But Trump doesn’t have to worry about those things; she’ll always be able to afford her health care.

Ivanka Trump never seems more out of touch than when she’s trying to be vulnerable and relatable.