It’s Raining Mars – Hallelujah! But Seriously, Bits Of Mars Are Falling to Earth As Meteorites

We're all really sorry for that terrible headline. 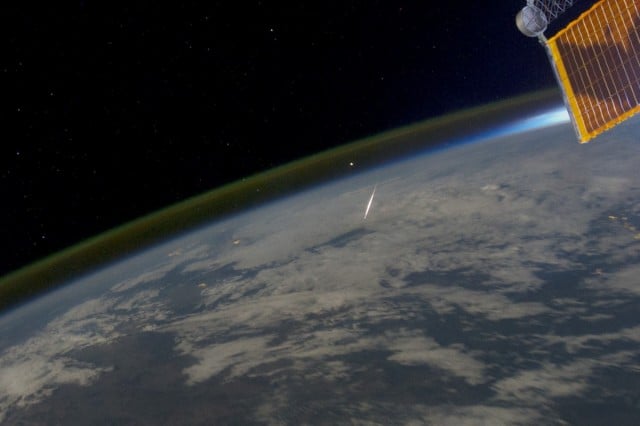 It’s been speculated for decades that little bits of Mars have been raining down on the Earth, but Mars rover Curiosity has finally proven it: we’re basically being aggressively assaulted by the red planet, and Martian rocks are just about everywhere.

Since the 70s, scientists have been finding meteorites they’ve classified as “SNC meteorites,” super young (by space standards), containing a weird amount of oxygen, and an even stranger abundance of water. Though we were pretty sure that the rocks had come from Mars, the Viking landers had never proven the theory definitively.

Curiosity, on the other hand, was able to take Argon levels in the Martian soil, compare them with those in the SNC meteorites, and match them up exactly. Well, scientists are about 99.9% sure the meteorites come from Mars, anyways; if not, they’d have to come from a planet virtually identical to Mars in both composition and distance from the Earth. Parallel Universe Mars would be pretty cool, granted, but fairly unlikely.

The reason scientists are so excited about this revelation is that it may lead to an explanation for how Mars lost it’s atmosphere. Currently, Curiosity is sending back data that suggests the red planet either smashed into something really big, or was decimated by a Terrifying Mega Volcano (coming next month to the Syfy Channel). These explanations about climactic shifts on Mars could help with predictions about the future of our own planet, and in the search for past life on Mars.

You just know all kinds of awesome Martians would live on a planet with a Terrifying Mega Volcano.

(via Geek, image via Euclid vanderKroew)