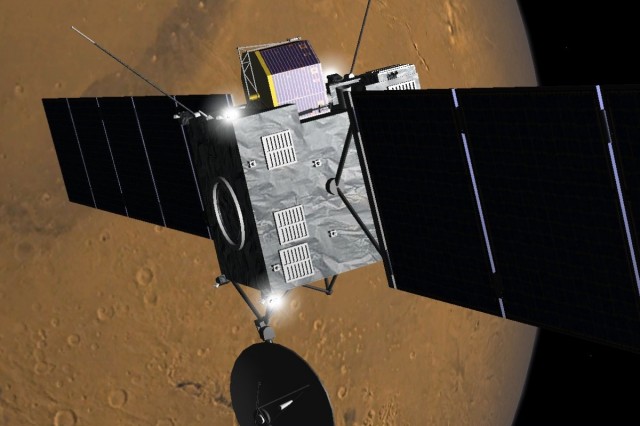 The ESA’s Rosetta spacecraft is boldly going where no man has gone before – into comet territory. After being placed in a space-coma for a whole decade, the Rosetta is finally scheduled to wake up and complete the task for which is was made, in just 100 days.

Launched on March 2nd, 2004, the Rosetta has flown around Earth and Mars and a couple of asteroids, too, on the way to its’ final destination: comet 67P/Churyumov-Gerasimenko. But in July of 2011, Rosetta was put to sleep to undergo the longest and coldest part of its’ journey out towards Jupiter; and, on January 20th, 2014, it’s going to wake right back up.

The Rosetta’s very important job is to study and image this comet, one of many giant space rocks which are the very building blocks of our solar system. With the Rosetta orbiter and lander (the “Philae”), scientists will be able to learn way more about the role comets played in the development of life in the universe, as well as info about the comet’s plasma environment, gravity, mass, and atmosphere. Pretty cool.

This is the first time we’ve ever attempted to land anything on a comet, and – because the rock has no real gravity to speak of – the Philae will “land” by securing itself to the comet with ice screws and harpoons. The Philae also has a drill installed, but probably is not carrying Bruce Willis.

(via PhysOrg, image via Bruce Irving)