Reefer Madness is not a documentary, FYI. 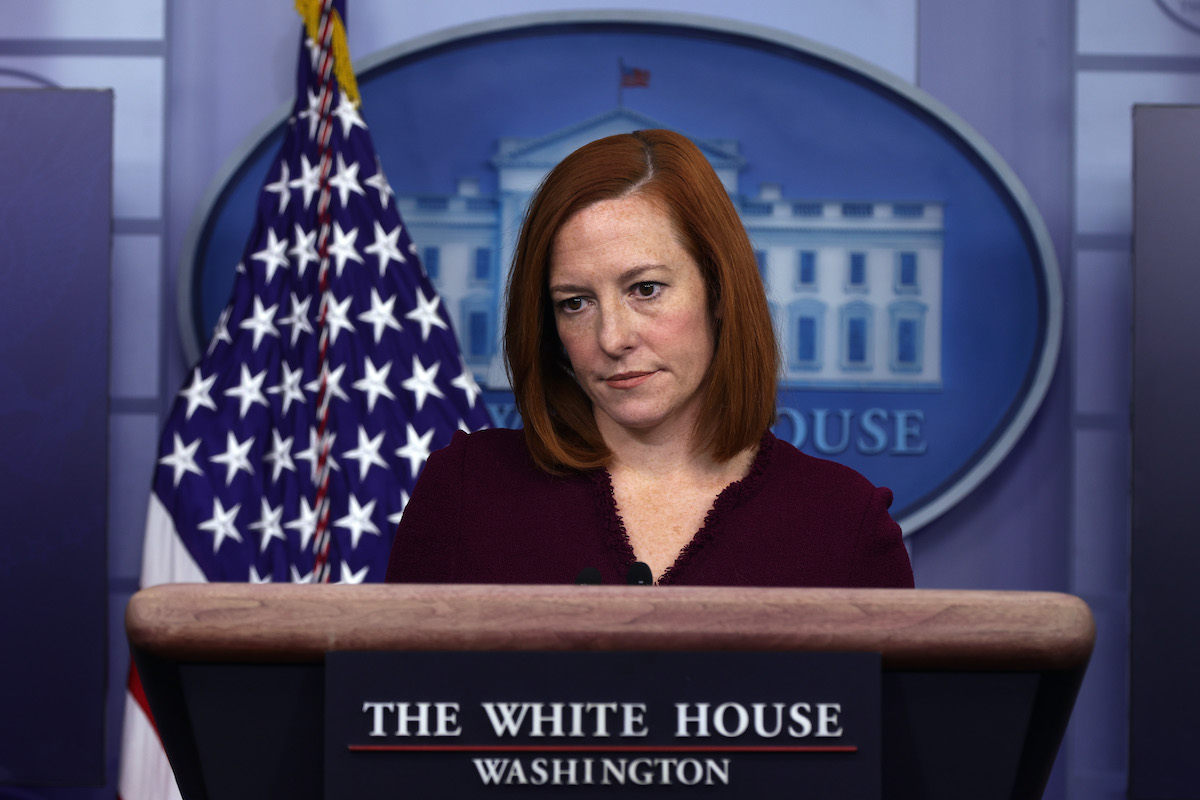 But apparently they draw the line at people who have smoked marijuana, aka more than half of all Americans. The Biden administration has come under fire for terminating 5 employees due to past marijuana usage, despite their promises that previous usage of the drug would no longer be disqualifying.

Due to these supposedly lax new rules, White House staffers felt safe to be honest about their history with the drug, only to find themselves fired. It’s a cruel bait-and-switch that penalizes honesty and openness, qualities you would think the White House would support after the relentless dishonesty of the past 4 years.

And then of course, there’s the reality that marijuana usage is extremely common and less dangerous than alcohol abuse and other drug use. After all, recreational marijuana is legal in 14 states and Washington, DC, and has been legalized in dozens more states for medical usage. In fact, only 2 of the 50 states (Idaho and Nebraska) have refused to legalize any form of marijuana usage. Of course, the use of cannabis remains federally illegal, which press secretary Jen Psaki noted as part of the reason these employees were fired.

“It is still illegal federally” — Jen Psaki explains why past marijuana use resulted in a number of White House staffers losing their jobs pic.twitter.com/AkaoxqQKOC

“In an effort to ensure that more people have an opportunity to serve the public, we worked in coordination with the security service to ensure that more people have the opportunity to serve than would not have in the past with the same level of recent drug use. While we will not get into individual cases, there were additional factors at play in many instances for the small number of individuals who were terminated,” Psaki said.

“Marijuana is legal in a number of states across the country — it is still illegal federally,” Psaki said, adding that besides cannabis use “there were other security issues that were raised” around the employees. “If marijuana was federally legal, that would be a different circumstance,” she said.

As a result, more people will serve who would not have in the past with the same level of recent drug use. The bottom line is this: of the hundreds of people hired, only five people who had started working at the White House are no longer employed as a result of this policy.

Several staffers were also demoted or put on probation for past marijuana use, even usage in states where the drug was legal. Disgruntled staffers claimed, “The policies were never explained, the threshold for what was excusable and what was inexcusable was never explained.”

Add to that VP Kamala Harris’s support of marijuana legalization, and the White House is definitely delivering mixed messages. For his part, Biden has never supported federal legalization, but has called for decriminalization of the drug.

Many former White House staffers, politicians, and journalists called out the ridiculousness of the rule:

about this whole weed thing: lemme just say to the young organizers and campaign workers, people who worked for change and busted ass for america and ended up feeling ashamed and humiliated: HOLD YOUR HEAD HIGH. and thank you from the bottom of my ♥️

i love weed. you know why? bc i am not perfect. i get anxiety. i get PMS. there are times when i can’t see the forest for the trees. people who use cannabis aren’t burn out stoners incapable of life. quite the opposite. we need the MORE Act and State’s Act.

I have no idea if this is true, but I do know I served as a deputy national security advisor from 2009-2017 having acknowledged past marijuana use on my forms. It would be wrong to punish people for something that is entirely normal and increasingly legal https://t.co/99kfN30NFn

Almost everybody I know has tried marijuana.

Most of my successful, smart, talented, capable friends and colleagues have smoked marijuana.

And almost every young adult I’ve met has smoked marijuana.

This White House rule is like the old sodomy laws — a punishing law from a bygone era.
Makes no sense in today’s world. https://t.co/Mibf5xXVwR