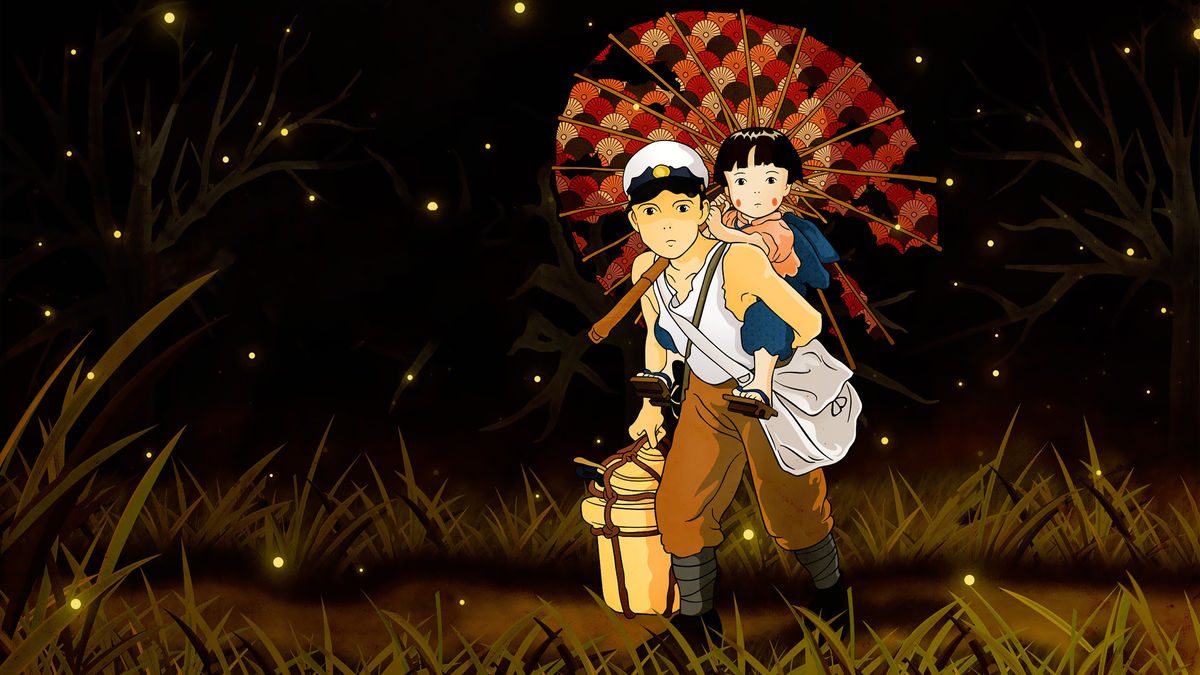 The director, animator, writer, and producer was the mind behind multiple animated works in television and film. To hear them all listed is a reminder of how much he respected his young audience members to talk about challenging topics from grief, to war, to ecological preservation. It’s also a reminder of how much magic, devastation, and imagination he brought into our childhoods. Takahata produced the classic Ghibli films Nausicaä of the Valley of the Wind and Castle in the Sky, and directed My Neighbors the Yamadas, Pom Poko, Only Yesterday, The Tale of Princess Kaguya, and Grave of the Fireflies. The director worked on anime series like Lupin III, Heidi, Girl of the Alps, and Anne of Green Gables.

Many of Takahata’s films are about characters or communities going through difficult phases of change or transition, sometimes against what feel like unbeatable odds. In many cases, these characters don’t succeed despite a powerful will to live. These tragedies always frustrated and upset me, but his desire to show stories that are true are incredibly striking. Grave of the Fireflies is perhaps his best known work, an unrelenting and heartbreaking story about two siblings trying to survive during the Second World War. Most people I know can only watch it once. Takahata himself was the survivor of a 1945 air raid in Okayama that killed 1,700 people at 9 years old.

Pom Poko, a film about Japanese raccoon dogs of Japanese folklore trying to survive in an increasingly changing and industrialized world. The tanuki are forced to fight back, adapt, or simply surrender to the growing developments on their land. Amidst cartoonish schemes and transformations, Pom Poko also includes extremely dark moments—at one point, a tanuki leader starts a cult and a group sails to their deaths on a ship. It’s a story that matches up with much of Ghibli’s themes of preservation, and doesn’t hold back on the destruction these urban projects can cause.

Only Yesterday was released in 1991, and captured a sense of unhappiness that many viewers could relate to during a financial crisis, the decline of Japanese agriculture, and conformist attitudes. The fiercely underrated story is told in two parts, that of discontent 27-year-old Taeko visiting her family in the countryside to work on a farm, and occasional episodes of memory from her childhood schoolgirl self. This slice-of-life movie has a beautiful montage of a safflower farm and is gorgeous in its gentle, simple treatment of the mundane moments of growing up. It’s all about the pains of going through phases of life, and what it means to figure out your dreams and happiness. He would continue this kind of storytelling that took the beauty of the everyday in his comedy film My Neighbors the Yamadas.

The director’s most recent film, the spellbindingly-animated The Tale of Princess Kaguya, takes from a classic folktale about a girl found inside a bamboo shoot. Moving from her village to a life of nobility, Kaguya struggles with the claustrophobic loneliness and is unhappy with the world of suitors, eventually leading her to return to the moon among her celestial beings. Hand-painted and full of both life and melancholy, the ambitious work was the last film Takahata directed.

Mitaka Mayor Keiko Kiyohara, who worked with the director on the Ghibli Museum, said, “I believe he will direct an animation film filled with love for humanity even in heaven.”

Rest in peace, Isao Takahata, and thank you for your stories.