Community Might Not Be the Only Sitcom Yahoo! Is Saving

Is our timeline actually getting even brighter? 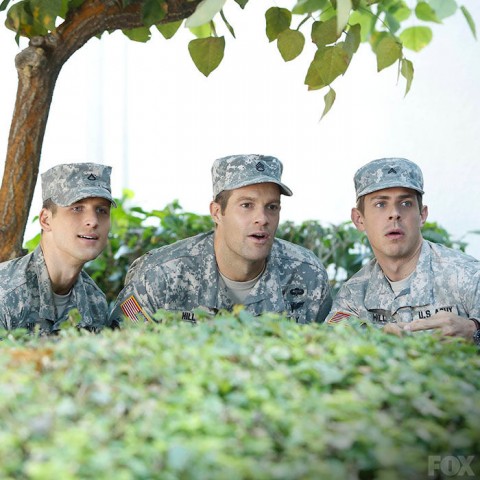 We were thrilled to hear that Yahoo! was saving our beloved Community and giving it a sixth season on Yahoo! Screen, but it might not be the only canceled show getting a second chance. (Or in Community’s case… what… fourth chance? Fifth?)

Deadline is reporting that there are talks at Yahoo! Screen to bring back Fox’s canceled military comedy Enlisted. It barely lasted a season, and seemed the latest victim of Fox’s classic strategy of slowly releasing a few episodes out of order between too long breaks and then wondering why the show isn’t working. (Seriously, Fox. Get it together.)

After the Community pick up it seems fans of Enlisted went out of their way to let Yahoo! know that NBC wasn’t the only network with orphaned shows needing a home. The kind of dedicated fans Enlisted and Community have developed are exactly the audience that platforms like Yahoo! Screen need, so it could be a good fit for the show.

If you missed it, Enlisted is a show that follows three brothers serving in the Army’s Rear Detachment unit on a base in Florida. They’re not in active combat. Instead, they take care of the families of deployed soldiers on the base, perform duties other soldiers don’t want to do, and because it’s a sitcom they also get into wacky hijinks like battling someone on a giant robotic spider — a real piece of military equipment by the way. It was funny and sweet, but also dealt well with serious issues soldiers face like returning home after a war.

Enlisted was a good show that very much felt gone before its time when Fox canceled it, so I hope the talks are true and that they go well. I’d sure like to see another season.

(via Deadline, image via Enlisted)