Is This a REAL Gundam?! 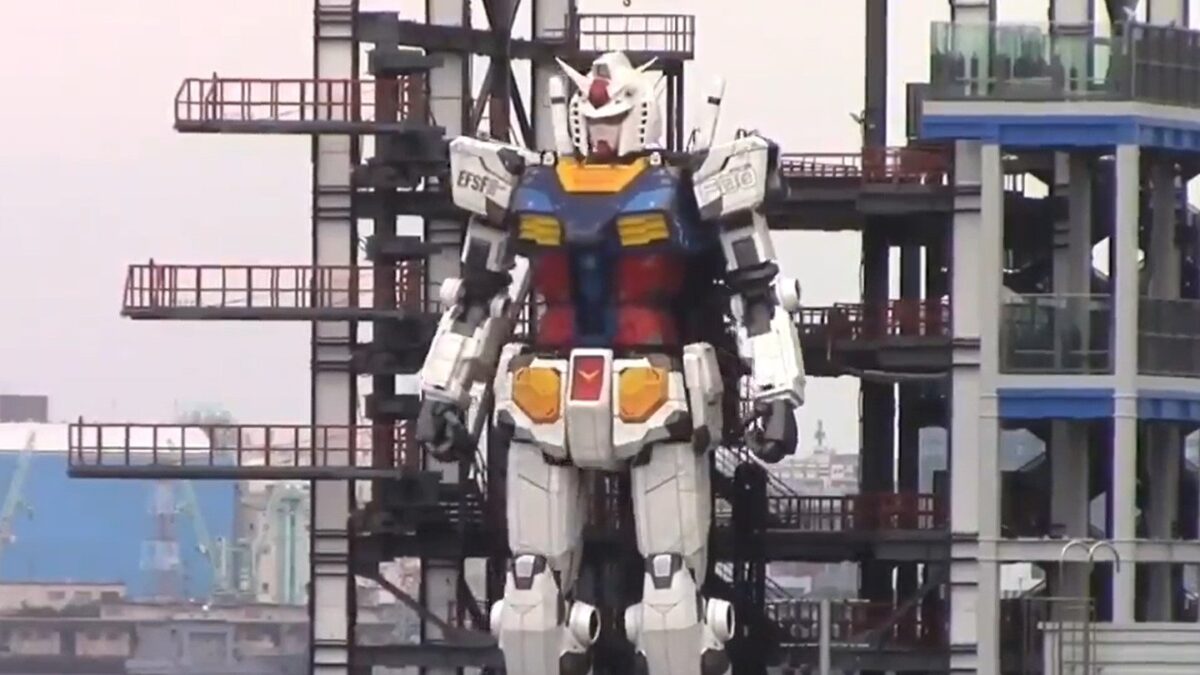 There’s a lot of nonsense on the internet on the best of days. And generally, when I see the weird stuff, I’ll either shrug it off as “that’s probably fake” or “welp.” But sometimes we see something so astounding and out of this world that you have to find out if it’s real. Such a thing is the supposed “Life-sized Gundam” being tested in Yokohama, Japan, as seen in this tweet.

Life-sized Gundam in Yokohama is now in testing mode.pic.twitter.com/51HVoraPb7

This is amazing, but it can’t possibly be real right? This is a deep fake, isn’t it? Part of me wants to know but there’s also part of me that doesn’t because this is so incredibly cool.

For those of you that don’t know, the Mobile Suit Gundam was a Japanese Anime that launched in 1979 and spawned an entire, massive universe of properties and spin-offs all about people fighting in giant robots (mobile suits!), the best of which are called Gundams. Many folks will likely remember Gundam Wing, which became a massive hit in the US when it began to air on Cartoon Network’s Toonami block of shows in 2000.

The Gundam franchise is just one of the many mecha anime properties, but it’s certainly one of the most famous. Gundams are a cultural icon in Japan, and incredibly beloved. And why not? Giant fighting robots are so cool. But did people in Japan actually build one as a tourist attraction or an experiment or what? Let’s find out.

The 60 foot-tall robot is located at Gundam Factory in Yokohama, Japan. Gundam Factory and the functioning, life-sized Gundam Robot have been under construction for a while now as a celebration of the brand, and as a sort of publicity stunt for the port of Yokohama. They were set to make their debut in July, but that was delayed due to COVID-19. Now the real, moving Gundam will have its official public debut October 1!

From the Gundam Factory website, this sounds … so incredibly awesome?

GUNDAM will move. It will move in Yokohama.

The rich worldview of GUNDAM is the source of imagination and passion of the people involved in the project.The dream becomes reality, and that reality creates yet a new dream…This is the ultimate entertainment.

One step towards achieving the dream.

At “GUNDAM FACTORY YOKOHAMA”, which will be established at Yamashita Pier, in addition to allowing visitors to see a life-sized 18m tall GUNDAM move, we will also be able to share with them, and let them experience, the development processes up until the point where it is ready to move.It is planned to be held for over about a year.

There are other progress videos available in Japanese showing how the massive robot has been made. It turns out that the test video that went viral yesterday is actually from a test in July:

The world is incredibly stressful right now, but this? This is incredibly cool! It’s fun and an amazing feat of engineering, and it’s being done almost entirely because it’s fun and should be a great draw for Yokohama, because people love GIANT ROBOTS. We would be there to see it in a heartbeat.

Does it take us one step closer to a future where people do battle in giant robotic suits? Maybe. And that’s fine with me. I’ll take that over a lot of other futures we’ve seen on TV.