It’s Been 20 Years Since the U.S. Debut of Gundam Wing. Let’s Look Back at the Show 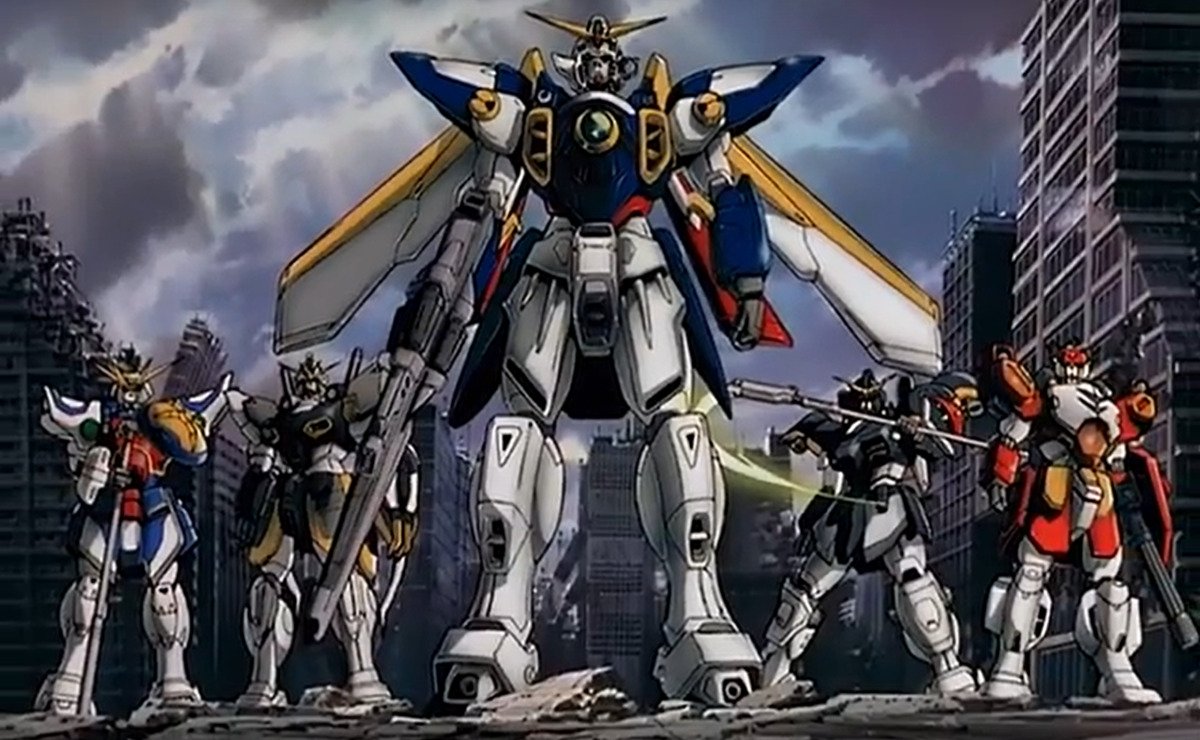 When Gundam Wing debuted on the Cartoon Network’s “Toonami” programming block 20 years ago, it changed the game. At least it did for me. The series stood out among many animes that hit the American airwaves in 1999/2000 thanks to its complex stories and characters and general awesomeness.

Mobile Suit Gundam Wing aired in Japan in 1995-6 and was a standalone version of the popular Mobile Suit Gundam franchise. Unlike the original Gundam shows (yes, plural), which dated back the seventies, Gundam Wing was self-contained and didn’t fit into the larger, established Gundam universe. In a sense, it was what we might deem a “limited series” nowadays, with its 49 episodes telling a complete story. (There was a small sequel, Endless Waltz).

And it was a great story. Gundam Wing was not the first anime to become part of the Toonami line up, with Sailor Moon and Dragon Ball Z already on the schedule before it and pretty popular, but unlike those, Gundam Wing felt mature and dramatic, and also complete. The look was cool, the music was awesome and the fact that it was violent and dark enough that an “uncut” version aired at midnight was enough to make it truly captivating for teens like me who were the target audience.

Just look at the opening!

The series was set in a future where warfare was carried out in mobile suits, those ubiquitous mechas that define a genre of anime. In this world, much of humanity lives on colonies orbiting the earth and there is serious tension between the rich folks on Earth and disadvantaged in the colonies, which is why the colonies send five teen boys piloting advanced mobile suits called Gundams to attack the regime on earth.

Just from that, you can tell that this wasn’t just a show about giant robots fighting in space. It was about class and politics and the ethical implications of battle and pacifism. It was an extremely philosophical show that dug into big issues … with giant robots fighting in space. It was complex enough that it led to what were probably insufferable diatribes by my teenage self about how “it’s not a cartoon, DAD, it’s really deep!” But I wasn’t wrong.

One of the biggest reasons Gundam Wing succeeded for me, however, was the characters. It took a pretty well-established cartoon and anime trope of “different team members from different areas of the world” (it reminded me a lot of Captain Planet) and used that as a jumping-off point for a great set of pilots, allies, and villains.  And all their names were based on numbers and that was just sorta neat.

There was Heero, the dour Japanese pilot who just wanted to kill things, there was Duo, the funny American with a braid and priest collar, Trowa the stoic one who also ended up in a circus (okay, that one is strange in hindsight), Quatre the sensitive, sweet one, and Wu Fei, the Chinese pilot who had a deep relationship with his suit.

Along for the ride was Relena, a character I would really like to revisit now that I’m older and less inclined to internalized misogyny. She was the main girl among a pretty decent group of complex female characters, and was a foil for Heero and rose throughout the series to literally become Queen of the World and voice of pacifism. She was not my favorite when I watched the series, but her long lost brother Zechs–a character that showed how hot an animated guy could be–was. Zechs was a true anti-hero. He wasn’t the villain and had just as complicated a story as the Gundam pilots. He, and indeed, everyone on the show ended it a different person than he began it and that’s one of the things that made the series so good.

It was also the first series that really got me into fandom in a serious way. I’d read fic before and been on message boards, but mostly for uncool things like Broadway musicals. Gundam Wing was different because it was … kinda gay.

I remember watching one of the first episodes of the series, where pilots Trow and Quatre meet for the first time and end up sharing a lovely flute and violin duet and thinking “oh, they’re in love.” It was subtext, of course; the kind of thing I knew already from watching Xena and Gabrielle, but it felt rebellious and radical at the time to think that and see that in two guys, in a hyper-masculine giant robot show no less!

Thanks to Gundam Wing, I learned what “slash” and “shonen-ai” and “yaoi” meant (or at least what they meant to American fans in the early 2000s). It was from there that I learned to navigate sites like Anime Turnpike, and fanfiction.net. I learned was a “lemon” was (for you youths, that’s what we used to call explicit fics back in the days). And like many people, Gundam Wing turned me on to other great anime.

Gundam Wing‘s legacy is not just that it was a great show, it was a show that really changed the landscape and opened up anime for a lot of people. Along with DBZ and Sailor Moon, it really kicked off the anime-obsession of the early 2000s. And yes, that includes are the cringe-y behaviors that go with that, including misappropriation and fetishizing of Japanese culture, that remain an important part of the conversation.

It wasn’t a perfect show, no show is, but it still has a really big place in my heart because it showed me, not just what a great anime could be, but what great television could be. It showed how a series could examine seriously complex moral questions in an entertaining way, and for that, I’m always going to be grateful.

And I’m also always going to be a sucker for giant robots in space.