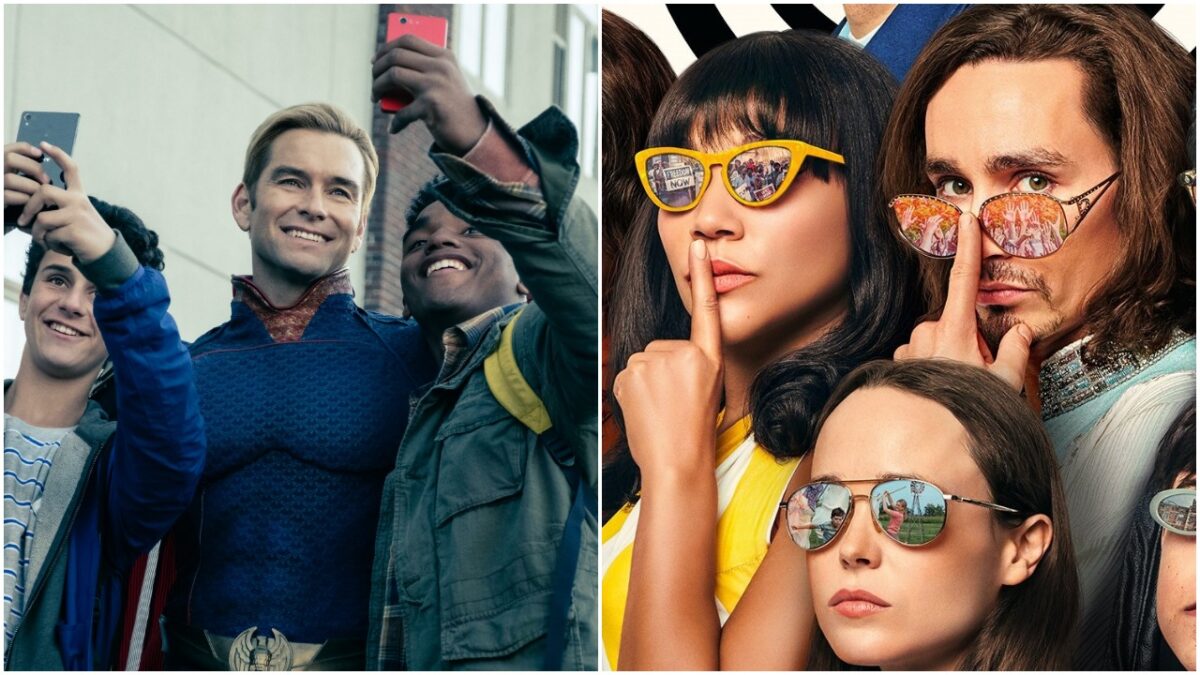 **SPOILER ALERT: This post discusses the season one finales of both series.**

As we barrel into a summer of social distancing (or we should be, at least), most of us are feeling fatigued at the thought of another season lost to COVID-19. One silver lining is that there has never been a better time to stay inside. Between Postmates, Zoom, and an endless amount of streaming options, we’ll be fed, in touch, and entertained for quite some time.

And with the coming months, we’re seeing the return of two of our favorite new series of 2019: Amazon’s The Boys and Netflix’s The Umbrella Academy. While the shows are stylistically and tonally very different, both are based on graphic novels and both grapple with what it means to be a superhero.

The Boys returns on September 4, picking up after last season’s shocking finale. The new season features Stormfront (Aya Cash), a new, social media-savvy member of The Seven. Originally a male character in the comics, Stormfront is a neo-Nazi supe loosely based on Thor, with powers of electrokinesis and flight.

We will also see the Boys on the run, after they are targeted in an international manhunt. Billy Butcher is AWOL, while Homelander pushes for Supes to be part of the American military effort and attempts to parent his estranged son. The trailer features everything we’ve come to expect from the show: gratuitous violence, warped hero culture, and plenty of four-letter words.

Meanwhile, The Umbrella Academy returns for more time-traveling shenanigans and family dysfunction. The season finale saw Vanya destroying the Moon, which brought about the apocalypse. Now, the team are transported back in time to work together to save the world. Much of the action seems to take place in the 1960s, centering around the Kennedy assassination. Klaus has a cult. Luther is a brawler. Vanya is normal-ish.

Bleach-blonde killer milkmen and goldfish-brained Commissioners? There is no shortage of trippy visuals in The Umbrella Academy trailer, promising the same stylish weirdness that season one delivered.

The Umbrella Academy returns to Netflix on July 31.

Both series feature a healthy dose of irreverence by playing off of superhero culture. The Hargreeves siblings have the shared trauma of being a super family, resulting in a series that is basically The Royal Tennenbaums by way of The Incredibles. The Boys is a sharp satire of superhero culture, religious fervor, and celebrity worship.

In using the superhero genre, each show tells its own story of a fractured family coming together to prevent disaster. In doing so, they explore mature themes and force us to look deeper at our own collective superhero fandom. I’m excited to see where season two takes both of these shows.