Robert Downey Jr. Talks Mel Gibson And Possible Iron Man 4; Keeping Up With The Rest Of The Avengers

Avengers (hold up, give me a sec) assemble! 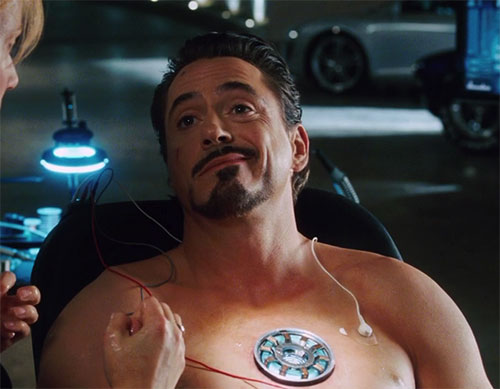 Earlier this month Robert Downey Jr. said he didn’t expect to return for an Iron Man 4, but Stark springs eternal! In a recent interview with Deadline, Downey admitted that a fourth addition to the franchise is “being talked about on a bunch of different levels right now” and that his decision will be based on “the half-life of people enjoying a character.” Hey, I would love another Iron Man. *whispers* But Black Widow first, please?

In the interview, Downey spoke about his immense respect for Kevin Feige and Marvel as a whole:

Marvel keeps stepping up its game, and I appreciate the way Kevin Feige and all the creatives there think. They are as in the creative wheelhouse as any great studio has been at any point […] So it becomes a matter of, at what point do I cease to be an asset to what they’re doing, and at what point do I feel I am spending so much time either shooting or promoting these films that I’m not actually able to get off the beachhead and do the kind of other stuff that is good for all of us. Each one of those movies is spread over two years and some people fit other things in. But I’m not 42, I’m turning 50 and now I’ll have two small kids instead of one grown one, and eight Team Downey projects with people who are imagining I’m not just spending Warner Bros’ money out of vanity, but that I’m taking it seriously. It all has become this thing that has to be figured out. It has come to a head, right now, where the points of departure will be.

The nearly 50-year-old actor also admitted that he’s having a hard time keeping up with the rest of the Avengers:

Looking back, I’m surprised and really embarrassed that some middle aged guy was thinking like that [an action star]. And I honestly don’t think like that presently. But I also know that it could happen again, this bit of a hypnosis that would make someone think that way. […] “I also think about how much easier it was to remember on this last Avengers [Age of Ultron] that I’m 20 years older than pretty much everyone there […] That’s pretty much the cast. Ruffalo and I are a little closer in age and maybe Spader has a couple years on me, but you know what I mean.

During the extensive Deadline feature, Downey also talked about his friend Mel Gibson (which, you know, is neither here nor there I guess), saying at the interviewer’s prompting that he would absolutely return for the fourth movie if Marvel took a chance on Gibson directing: “Why not? That movie would be bananas.”

It would be, at that. What do you guys think? Do audiences enjoy Tony Stark enough for another addition to the franchise?