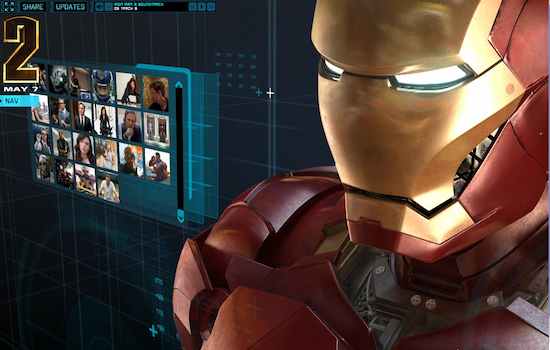 Last night, Iron Man 2 director Jon Favreau tweeted out that the movie was “signed, sealed, and delivered.” Well, Marvel is fiendishly surfing on that tantalizing bit of news by unlocking a previously inaccessible treasure trove of geek-bait in the form of a newly beefed-up official site for Iron Man 2, complete with loads of new pictures, 14 previews of the movie’s soundtrack, and official wallpaper. And that’s not even touching on the viral site:

You’ve probably already seen the trailers for Iron Man 2, with which the site greets you when you enter, but the real draws are the big ol’ gallery of stills (protip: click the “NAV” tab on the left side of the site), and the wallpapers and buddy icons available for download, assuming you still use buddy icons. 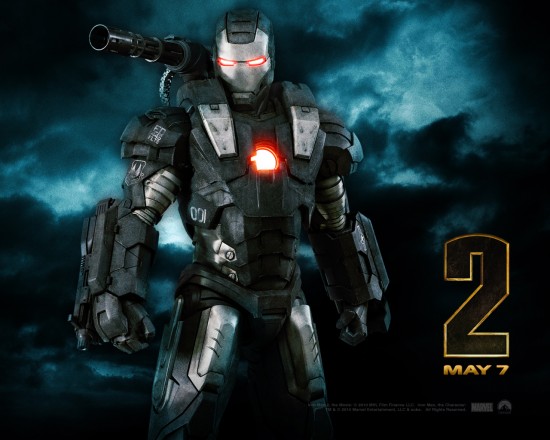 Now, where were we. Oh yes. There’s no funny business in the “Partners” section, which is just a list of their sponsors, but the “Extras” section brings you to StarkExpo2010.com, the ‘viral’ site for Iron Man 2 which actually went up a whole two days ago but was pretty barren at the time, but has since been juiced up with new pictures of its own depicting the Tony Stark-hosted fair. One quick note to marketing bigwigs, pertinent to both sites: please do not have music autoplay as soon as you land on a site; this isn’t MySpace. Though at least there are off buttons —

— Hey, what’s that we see? Is that a video Tony Stark’s dad, played by John Slattery, awesomely showing off the 1974 Stark Expo? Why yes, yes it is:

ComicBookMovie reminds us that it’s worth poking around these sites for hidden clues and media, and we couldn’t agree more; let us know if we’ve missed anything especially cool.