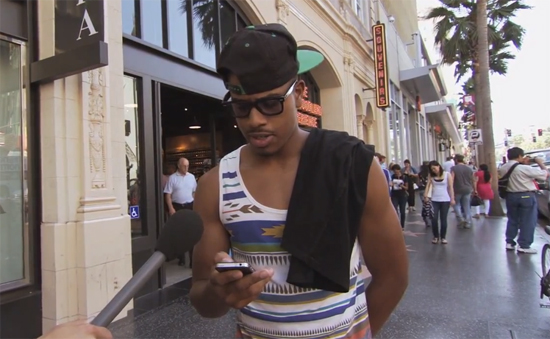 Just in case you somehow managed to avoid all forms of communication yesterday, the first thing you should know is that Apple did in fact have an event yesterday, and, yes, they announced the iPhone 5. There’s something akin to religious fervor that spreads as new gadgets get announced, especially from the former home of Steve Jobs. In fact, folks are so willing to believe that the iPhone 5 is obviously better than its predecessor, that when told they’re going to be handed an iPhone 5, they’re willing to completely ignore the fact that it’s actually an iPhone 4S.

This little experiment was actually conducted by Jimmy Kimmel Live. It just goes to show that some people will believe just about anything. Also, in related news, did you know that building contractors write the word “gullible” on every ceiling they finish?