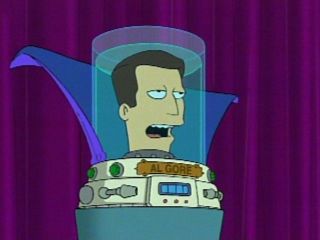 At the Discovery Invest Leadership Summit yesterday, Al Gore offhandedly mentioned that the new iPhones would be hitting next month in October. Yes, he made “iPhone” plural, which could mean that the old iPhone 4S rumor — one of a smaller version of the iPhone 4 — could be true, and would release alongside the new, redesigned iPhone 5. Why would Al Gore have this kind of information? Because he is an Apple board member.

The specific quote in question:

“Not to mention the new iPhones coming out next month. That was a plug.”

The “iPhone” was definitely pluralized, but the statement was not expounded upon by Gore, which means we won’t know for sure to what he was referring. So, just more fuel on the iPhones-in-October fire, but this was the first time anyone with official ties to Apple officially stated anything regarding the actual release of the company’s next iPhone.

Though Al Gore is Al Gore, he is human, and humans make mistakes, so it is also entirely possible that Gore simply misspoke when he pluralized the term, or was being funny, or making a comment in conjunction with the recent iPhone 5 rumors, but one would assume that Al Gore — or even a non-Gore Apple board member — would be adept in not making such a mistake. As with every iPhone 5 rumor, only time will tell.