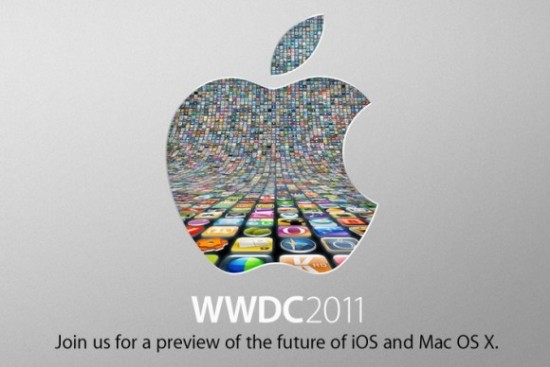 Despite the breathless coverage we, and other outlets, have provided for iCloud, there were other things talked about during today WWDC 2011 keynote speech. Today, Apple outlined some key features we can expect to see in OS X Lion and iOS 5. Though iCloud will bridge iOS and OS X devices, those platforms are seeing some major changes in their own right.

Read on after the break to see what changes we can expect in the latest versions of Apple’s mobile and desktop operating systems.

Apple’s new operating system is a powerful upgrade, giving users whole new ways to interact with their computers. As many have predicted, multitouch and iOS-like features are becoming a large part of the OS X ecosystem. With the addition of the iCloud service, Apple seems to be aiming to provide a centralized, streamlined computing experience.

In Lion, Apple has united the existing Expose and Spaces experience together in Mission Control. Spaces and Expose are already powerful tools on their own, but Apple seems keen to get more users actually using them.

Several apps will now support full-screen modes, for a more immersive experience. In order to keep the flow between fullscreen apps and other workspaces simple, users can switch out of full screen mode by clicking a button in the top right, or with a three-finger swipe to the left across a multi-touch trackpad.

In addition to Mission Control, Apple introduced Launchpad to access your apps faster.

Beyond app interaction, Apple has included powerful new auto saving tools into Lion. Auto Save, Versions, and Resume may give users more confidence that their data is safe.

Lion will also have a new version of Mail with improved search features, and borrows heavily from the look and feel of iOS. It also supports a conversation view for messages.

While Lion is bringing many powerful improvements to the OS X experience, one of the most notable aspects of this release is the price point and method of delivery. Lion will only be available through the Mac App Store, and will be launching in July with the alluring price of $29.

There are over 200 new features coming to everyday users, and 1,500 APIs to developers, in the fifth iteration of Apple’s highly successful mobile operating system. Apple’s Scott Forstall highlighted ten of them during today’s keynote, and announced that it would be available for download sometime this Fall. How the system handles notifications is one of the areas in which the OS is seeing major changes

One of the biggest announcements of the keynote was that iOS devices could now survive with a PC.

In an interesting move, Apple has launched an iOS messaging system similar to the Black Berry Messenger. It’s called iMessage, and with it users can communicate with other iOS users.

To compliment iBooks and the associated bookstore, Apple is launching Newstand to handle newspaper and magazine subscriptions. This will organize subscriptions into one space, and also handle automatic updating.

In a not-unexpected move, Twitter is seeing deep integration into iOS.

iOS Safari, Apple’s workhorse browser, is seeing the largest update since it launched. Apple is rolling out a slew of new features for their browser, some of which users have been clamoring for since its launch.

In addition to the refresh of their Calendar app with iCloud power, Apple unveiled a related app: Reminders.

iOS 5 will bring new speed and features to the Camera and Photo functionality of their iOS device.

The Mail app now has added composition tools, like rich text editing, and indentation control. Mail search has also been improved, and now searches both locally stored mail and server-side mail; users can also search the entire text of emails, not just subject lines or senders.

The Game Center app will also see some improvements, making it smarter and more social.