Start Your Morning With Some iPad 3 Rumors, Will be Called iPad HD 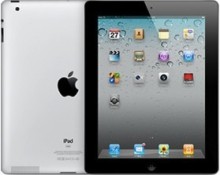 According to a source CNET stands by that has been correct about Apple things in the past, the next iPad will drop the numerical naming convention and become the iPad HD, rather than the iPad 3, in order to better promote the new, pretty screen. Along with the HD moniker, reports also state the iPad HD will have 4G LTE networking.

CNET points out that various iPad HD domains, like iPadHD.com, iPadHD.biz, and iPadHD.co.uk are either taken or parked, but if one travels over to iPad2.com, they’ll see that Apple doesn’t seem to own that either, and the iPad 2 has been out for a while at this point.

Apple’s iPad event will be tomorrow, March 7, so if you are bursting at the seams with anticipation for the next iPad, you’ll only have to deal with the overwhelming feeling of bloat for another day.