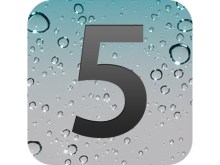 My biggest fear about finally switching from my flip phone to a smartphone was that my pretty new smartphone’s battery would die a lot quicker, and I would need to make an emergency phone call and have no way to do so. I finally made the switch to an iPhone 4S, and that’s exactly what happened on the second day of ownership. The Internet was set ablaze with users trading their battery life statistics, some reports clocking the battery life in at draining one percent every few minutes when the phone was on standby, while others claimed they’d go to sleep for six to eight hours with a full charge, only to wake up with a nearly dead battery. Speculation ran rampant, making a lot of people feel unsure about their expensive new phone, shutting off all of the nifty new iOS 5 features, basically nullifying the whole point of having a smartphone.

Eventually speculation turned toward iOS 5 itself, with owners theorizing that software bugs were responsible for the battery issues, which is generally better than hardware issues, in that Apple can update the software and quash the bugs without owners having to exchange their actual hardware at a store. Well, Apple has officially confirmed that software issues in iOS 5 are causing the battery issues on some phones.

In a statement to AllThingsD, Apple said:

“A small number of customers have reported lower than expected battery life on iOS 5 devices.

We have found a few bugs that are affecting battery life and we will release a software update to address those in a few weeks.”

Luckily, at least, Apple has confirmed the battery issues, and even luckier, they have traced the issues to software and are already planning the update to hopefully fix the issues and allow us all to turn on the bulk of the neat features without fear of having our phone die before we even get out of work for the day.

UPDATE: Apple has already released iOS 5.0.1 to developers, which brings certain fixes, the most notable being the battery life issue: