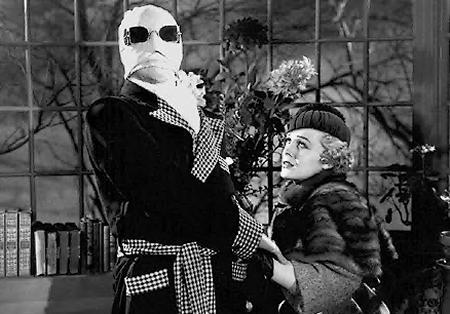 Universal Studios has added the The Invisible Man to their classic movie monster revival series. Johnny Depp will star in the remake of James Whales’ 1933 film, which is an adaptation of H.G. Wells’ 1897 book about Griffin, a scientist who drives himself to madness by creating a formula for transparency and experimenting on himself.

Men in Black screenwriter Ed Solomon has been tapped for the script with Star Trek Into Darkness’ Alex Kurtzman and Furious 7‘s Chris Morgan overseeing the larger project, which is said to also include revamps of Dracula, Frankenstein, the Wolfman, and other monsters. So far, the only other name we know of this series is Tom Cruise in The Mummy.

Invisible Man isn’t my favorite H.G. Wells novel, nor is it my favorite James Whale film, but I am interested to see how this will turn out. While I haven’t really been into anything Johnny Depp for a while, I do think he’ll make a great Dr. Jack Griffin. What do you think?